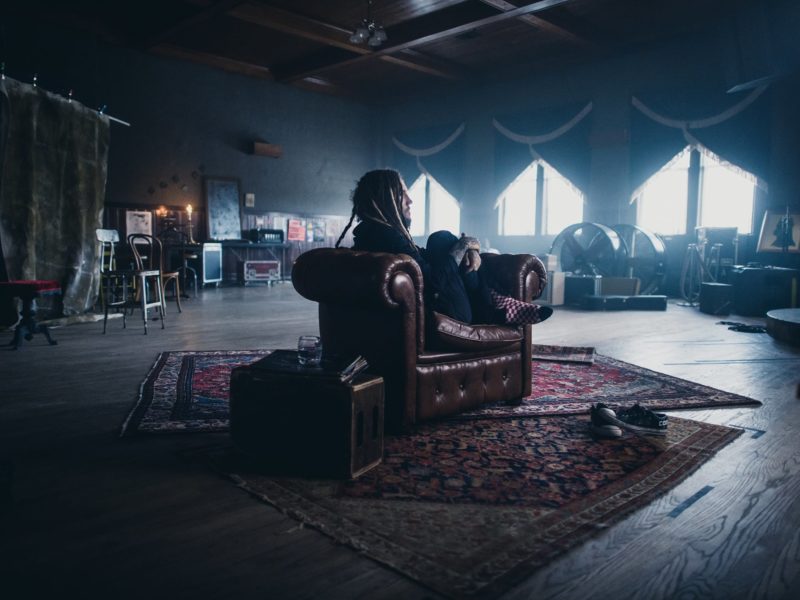 Brian “Head” Welch made his initial stardom as a part of the band KoRn.  Today he making a different type of headline as he travels the country sharing his story of redemption and hope on his Loud Krazy Love Tour.  He just recently finished touring for his new documentary, Loud Krazy Love, where he comes clean with the reality of his life before Christ.  He he reveals his deepest fear in the Loud Krazy Love trailer, “I was scared I was going to screw up my kid like I was screwing up myself”.

Brian had lost himself in the music and was out of control. He was addicted to meth, climbing the charts with platinum singles like “Freak On A Leash, and desperate.  He needed something to change so he cried out to God. God met him in a way that he had never experience before, with a love he’d never felt.  After attending a church service with some friends he accepted Christ into his heart and eventually quit the band.  Despite his encounter his life continued to fall apart.

A few years later, while playing for another band at the Carolinian Rebellion Festival he ran into Korn family.  They invited him to play one song with them and when they finished many of the band members and fans were in tears.  According his testimony, “I wondered what it all meant because it was so powerful. I started getting a tug in my heart just after reconnecting with those guys. After a few meetings with them my heart started to be informed and understanding what my future is going to be. And in 2012 I rejoined Korn which was a surprise to many, including myself.”

Brian “Head” Welch has been sharing his testimony at Korn concerts ever since.  He shares, “It’s not the most popular thing to do at a rock concert, but I’m doing it because it’s the most realest thing that has happened to me in my life.”

What’s this Loud Krazy Love all about?

Inspired to keep sharing his story, Brian teamed up with his daughter Jennea to produce Loud Krazy Love.  Loud Krazy Love documents the real life struggle of trying to raise his daughter and be a part of the band.  It’s a story of hope, love, and redemption.

Brian “Head” Welch has learned how to use his platform to share the love of Christ.  Today, he can be seen playing at a metal concert or speaking at a church. Brain is a living example of being in the world, but not of the world!

For just $100 per month you can bring the gospel to 10,000 homes. Join us as media missionaries! GIVE NOW
VIEW COMMENTS
« Why You Get What You Deposit Carrie Underwood And Joan Jett – New Rendition Of ‘Waiting All Day For Sunday Night’! »