BREAKING
Lay Aside The Old Self
Ben And Jerry’s Staying In Israel, But Founders Aren’t Doing The “Chunky...
Israel Has a New Prime Minister
Home Articles Brian Houston: The Far Reach of Hillsong Ministries

Brian Houston grew up in a Christian home. His parents pastored an Assemblies of God Church in New Zealand. After school, he attended Bible college, met his wife, Beni, and they were married in 1977. They have three children, and all of them are active in their fathers Ministry. Joel is the eldest and is a worship leader and lead singer of United as well as co-pastor of Hillsong NYC. Ben is the lead pastor of Hillsong Los Angeles in California, and Laura is pastor of the Youth ministry of Hillsong and member of the band Young and Free.

Brian Houston started Hills Christian Life Center in 1983. He rented a hall that was part of a school to conduct services. That small church grew exponentially over the next fifteen years, and Hillsong grew into a household name. We see the ministry on television, hear their music on the radio, and see the impact Christ has far and wide.

Some of these ministries include: 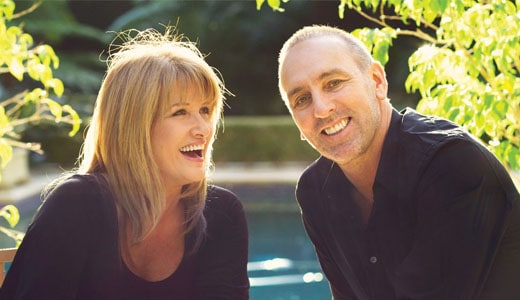 Brain Houston has served as pastor of Hillsong Church for 35 years. He is considered one of the top figures that is helping mold the next generation into their ministry calling. He is called “a pastor who loves God and people, and a speaker of life who declares, ‘The best is yet to come.’”

He has authored over a dozen books including, “There is More,” “How to Make Wise Decisions,” and “Get a Life.”  He has appeared on national news programs such as FOX News, ABC News, and The Today Show.

Brian Houston has been involved in ministry his entire life. From a solid Christian upbringing through a father who was a Pastor to where he is now, a world-known ministry leader. God has used him to impact several generations of believers; not only in their personal calling but to be an effective leader to teach the next generation.

You can experience God’s powerful message through Pastor Houston through:

Hillsong Channel is a 24/7 station that broadcasts Hillsong ministry programs as well as programs from nationally known ministers.

Hillsong TV can be found through GOD TV OnDemand. These are the teachings of Brian Houston broadcast from Hillsong Church in Sydney, Australia