Bethel’s Brian Johnson Opens Up On Anxiety and Depression, ‘This Is When God Becomes Real' | God TV
Articles 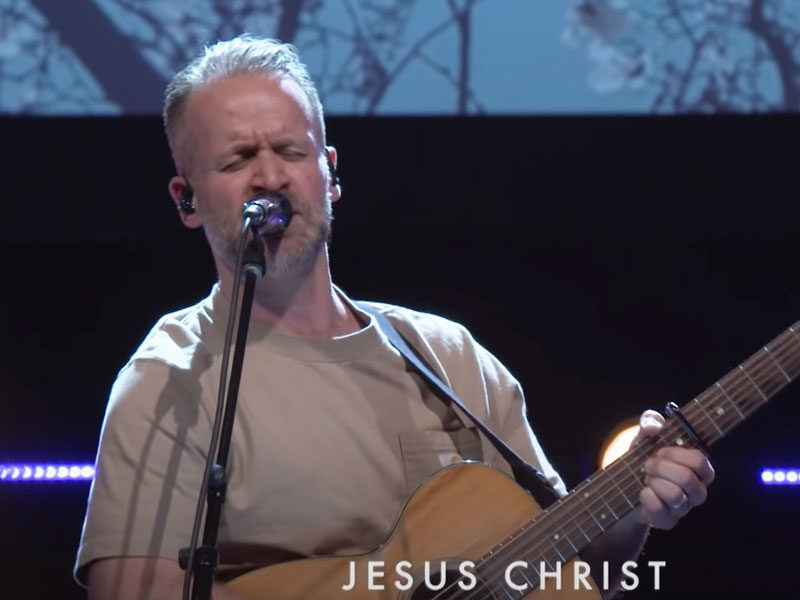 Anxiety and depression are very real for many, and Christians are no exception to it. But Bethel Music’s worship pastor Brian Johnson who went through it himself, says, “This is when God becomes real.”

Getting Real With Anxiety And Depression

In 2019, Brian Johnson revealed how he went through six months of a severe panic attack, and anxiety hospitalized him. But despite it, he firmly told his kids, “This is when God becomes real.”

Brian shared the painful part of his faith journey during a Sunday night service at Bethel, hoping it could help bring freedom to others as well. After it was uploaded on YouTube, it reached hundreds of thousands of viewers.

The worship pastor also wrote a book on his grace story.

“There’s a major need. There’s a lot of people that feel alone, that feel the anxiety and depression. Seeing all the responses and testimonies, I decided to write the book,” he told Fox News.

“He’s been real my whole life, but there’s just something that happens when God rescues you and you know that you know that God did it,” he further added. “That’s why I wrote my story so that people can use that as an example in life, encouraging everyone to run after God.”

In 2015, in the middle of July, Brian admitted he had lost control of his struggle. Hence, it became one of the darkest times of his life.

“When I think of hell, that’s what I think of,” he explained. “Just an out of body… you’re out of control…I got so desperate, so broken really, and it was really a gift because God was my only option.”

Soaking In God’s Presence Amidst Struggle

In that season, Brian soaked himself in worship music 24/7, read the Bible in the mornings, and took medications. He consistently prayed with his wife, does Bible reading with her, and more worship. Then he started to see the light at the end.

“It felt like a miracle,” he said. “God started speaking to me.”

And four years later, God used that brokenness and dark season to minister to others who are going through anxiety and depression as well. Moreover, he turned everything into worship music, a sweet aroma before the Lord.

Also, Brian co-wrote “Living Hope” with Phil Whickham, which reflected what he went through.

Amidst what Brian was going through, his wife Jenn wrote the song “You’re Gonna Be OK.”

“Every time I talk to someone dealing with this (anxiety and depression) stuff, I tell them, ‘You’re going to be OK,'” she said.

In the end, Brian stresses God is the answer to everything. He said, “I have this passion to encourage people that are really going through it. The Word and worship, when you get desperate going after God with all you have, I really believe every answer in life is found in that.”

ALSO READ: Christian Hip-Hop Artist Lecrae Opens About How God Restored Him During Depression And Anxiety

For just $100 per month you can bring the gospel to 10,000 homes. Join us as media missionaries! GIVE NOW
VIEW COMMENTS
« New Jersey Teens Risk Their Lives To Save Children Who Fell Into Freezing Water Ivanka Trump And Paula White Distributes Over 500 Food Boxes To Those In Need »