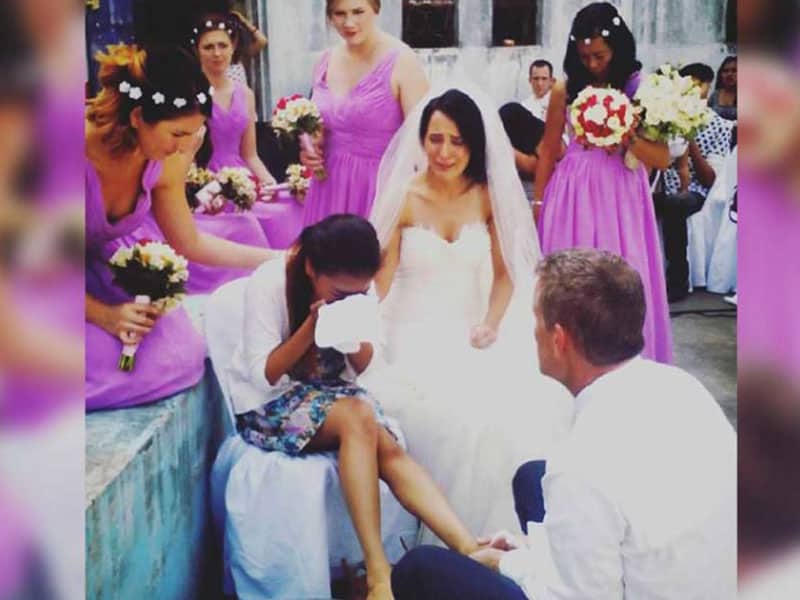 In an abandoned church with no roof, a Christ-centered wedding broke the typical ideal wedding when the bride and groom washed the feet of bar workers who were strangers they randomly invited to their special day.

Melissa and Randy Howard are both passionate lovers of Jesus. That’s why when the couple thought about a wedding concept, they allowed God to do His thing even on their special day. And indeed, God did the most extraordinary thing!

“Well if I could do anything from my wedding, and I would have my Filipino girls there. The girls that I’ve helped rescue,” she told Randy before. This was Melissa’s dream wedding.

Until one day during one moment in worship, Melissa heard God. And He told her that if she’s going to get married in the Philippines, she should invite girls working in the bars—girls that have not yet been rescued. And let these unreached girls meet her rescued girls to begin their journey of healing.

So, during Melissa and Randy’s wedding preparation, they went to bars and invited random girls.

Also, the couple decided to hold their wedding in an old abandoned church with no roof. Randy says it was God’s idea.

“We can experience Heaven on this earth and the things of Him are here for us to experience. And so the no roof open heavens thought became really, really huge,” he said while teary-eyed. 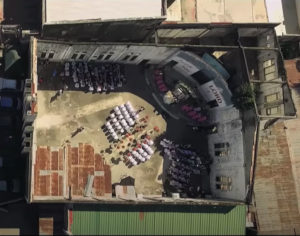 Further, he added, “The church we’re being married in, has not been restored after decades and decades. There’s never been a roof put back on that building. It’s completely unrestored, just like these girls. God will do a great thing and Jesus will be there and things will happen that we cannot imagine.”

“We’re gonna do our best to represent to them what Jesus would be for them,” Randy remarked.

Not Your Typical Wedding 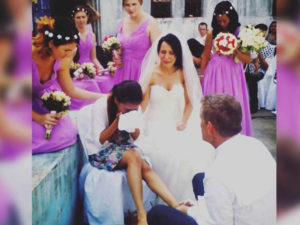 So, on their wedding day, Melissa’s dream wedding came true. The bar girls who were strangers came. Then as part of the program, the bride and groom washed the feet of these bar girls as if they had known them for a long time. And the whole room was filled with tears. The love of God consumed the whole place!