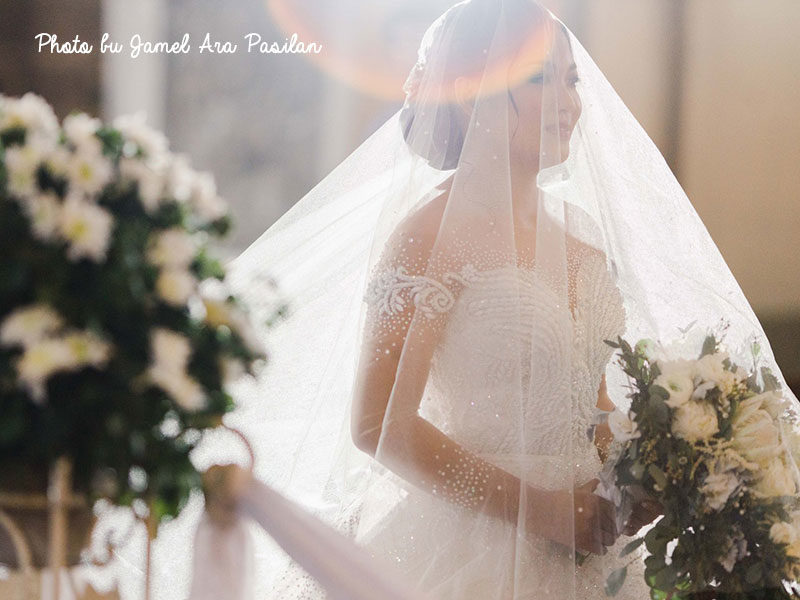 During a wedding, normally everyone gets emotional while the bride walks down the aisle towards her groom. However, at one wedding in the Philippines, everyone was puzzled when the bride suddenly stopped in the middle of the aisle for over 15 minutes.

In a post by photographer Jamel Ara Pasilan, she shared the heartwarming moment she witnessed at the wedding she covered. Her post received 60,000 shares and more than 220,000 reactions from people who were touched by the story.

Bride Stops In The Middle Of The Aisle

Apparently, Jamel was Hermo and Tin’s official wedding photographer. And when she uploaded the photos she took, the photographer wrote, “Yesterday’s wedding was not about grandness and glamour. It’s a normal bride-walking-down-the-aisle-moment, the groom was crying and there were happy tears everywhere. When suddenly, Tin, our bride stop[ped] in the middle of the aisle.”

The church is usually strict with time at weddings, according to Jamel. But for the first time, a bride broke that rule by walking down the aisle but stopping in the middle of it. Hence, the crowd was puzzled.

The photographer narrated that she didn’t really know what was happening because the bride was assigned for the top shot. However, she saw that the bride’s Dad hadn’t been by her side when she made her entrance to the church.

“It seemed that the bride doesn’t want to continue walking without her Dad. Five minutes have passed, she still stood in the middle of the aisle. We saw some church people and some of the coordinators making a sign for her to go on walking, but the bride stood still. Firmly,” described Jamel. But the bride only responded, “I will wait for Dad.” 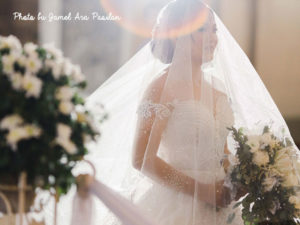 Bride’s Father Died Before Her Wedding, But Her Brother’s Surprise Left The Whole Room In Tears

Ten, fifteen minutes passed but her daddy didn’t still arrive. Nobody knew where her dad was. Some family members tried to call him on the phone but there was no answer.

“What if her Dad won’t come? What happened to him, really? We saw him leave the hotel earlier before us. Where is her Dad?” Jamel said. Yet in the midst of the tension, the bride still waited.

Daddy Arrives For His Daughter’s Wedding

Fifteen minutes later, her dad arrived gasping for breath and looking tired. And the crowd cheered for his arrival. Jamel, the photographer, cried.

She said, “We’ve been shooting weddings for almost 10 years and now, it sinks in really hard. It all goes down to that one special thing, FAMILY. Who will forever stand by your side, together… No leaving behind no matter what.”

Then she revealed, “You know what happened to Daddy? For some reason, authorities didn’t allow him to park in San Agustin. So he went back to Manila Hotel to park his car and decided to just take a Taxi. But when he felt he couldn’t make it on time, he rushed out and blocked the way of the first motorcycle he glimpsed with and rode on it. At first, the owner got angry but after he explained his pure intentions, the driver helped him.”

“I’m really sorry! My daughter is getting married, I have to make it,” the father told the motorcycle driver.

For just $100 per month you can bring the gospel to 10,000 homes. Join us as media missionaries! GIVE NOW
VIEW COMMENTS
« Govt. Decides On 10% Pay Cut Amid Financial Crisis Can’t Make It To The Kotel Because Of COVID-19? The Jewish Agency Will Place A Prayer Note For You »