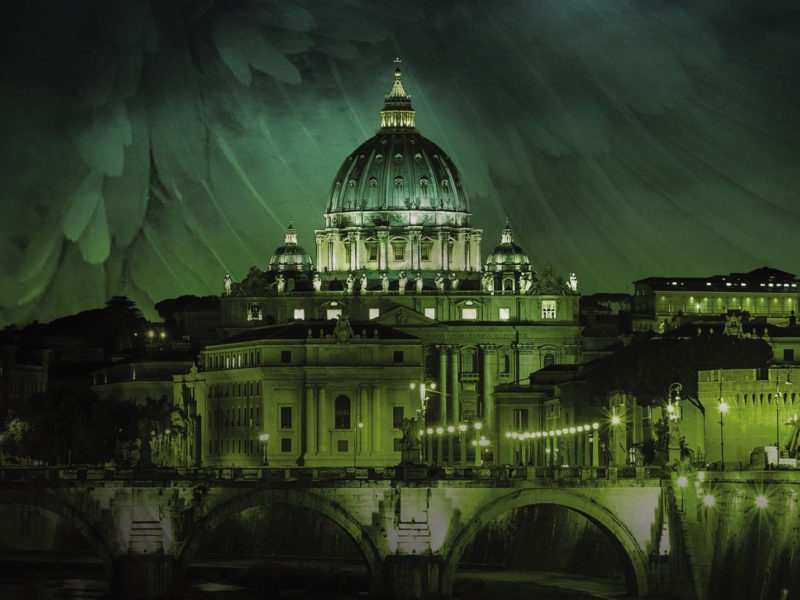 In the latest novel in the Chronicles of Brothers series, best selling author, Wendy Alec continues the saga writing about the “Brothers at war. Mankind deceived. Hell on Earth…”

The series is published by Harper Collins and is available as a paper back or ebook. There is also audio versions available narrated by Nathaniel Brady.

The first five books in the Chronicles series now include: The Fall of Lucifer, The First Judgement, Son of Perdition, A Pale Horse, and  End of Days.

An Update on Wendy Alec

GOD TV co-founder Wendy Alec has already written two new books since she stepped down as CEO to devote her time to creative evangelism. The newly released End of Days is the first, delivering the next thrilling episode of the Chronicles of Brothers. The second title will be revealed in an interview with Wendy on GOD TV on 2 November!

For those who love Wendy’s best-selling Chronicles Series, the question is invariably: ‘When is the next one coming out?’ Although Book 5 has only just launched…  fans already want to know when Book 6 hits!  Such is the nature of an epic fantasy saga, especially when it’s being made into a major television series.

Over the past two years Wendy has transitioned from a household name on Christian TV and self-published author to become an international figure reaching a wider ranging readership. Since she signed with one of the world’s top publishers, Harper Collins, Chronicles has been relaunched on a much wider scale and in coming years Wendy will roll out the TV series on commercial platforms to billions of viewers.

She may not have been on air herself, but Wendy has been working around the clock to get Chronicles on air through Warboys Entertainment, her London-based company that is spearheading the dramatisation of the books. This has always been Wendy’s dream, to reach people who would never set foot in a church or watch Christian TV! She wrote The Fall of Lucifer as a screenplay even before GOD TV started in 1995 but never had time to develop it for TV until now.

An Interview with Wendy

Watch GOD TV’s interview with Wendy on 2 November as she talks about her life and passion to touch people’s lives. She shares how Chronicles came into being and where the project is headed. You will also hear about another new book from Wendy which reaches out to people facing heartbreak and pain. Don’t miss An Interview With Wendy on GOD TV in November followed by new episodes of A Word From Heaven in December.

For just $100 per month you can bring the gospel to 10,000 homes. Join us as media missionaries! GIVE NOW
VIEW COMMENTS
« Guess Who’s Having a Birthday? Christian Artist, Lauren Daigle’s ‘Look Up Child’ Debuts at Number 3 Ahead of Top Secular Acts »