Building An Interfaith Bridge At The House Of Herod 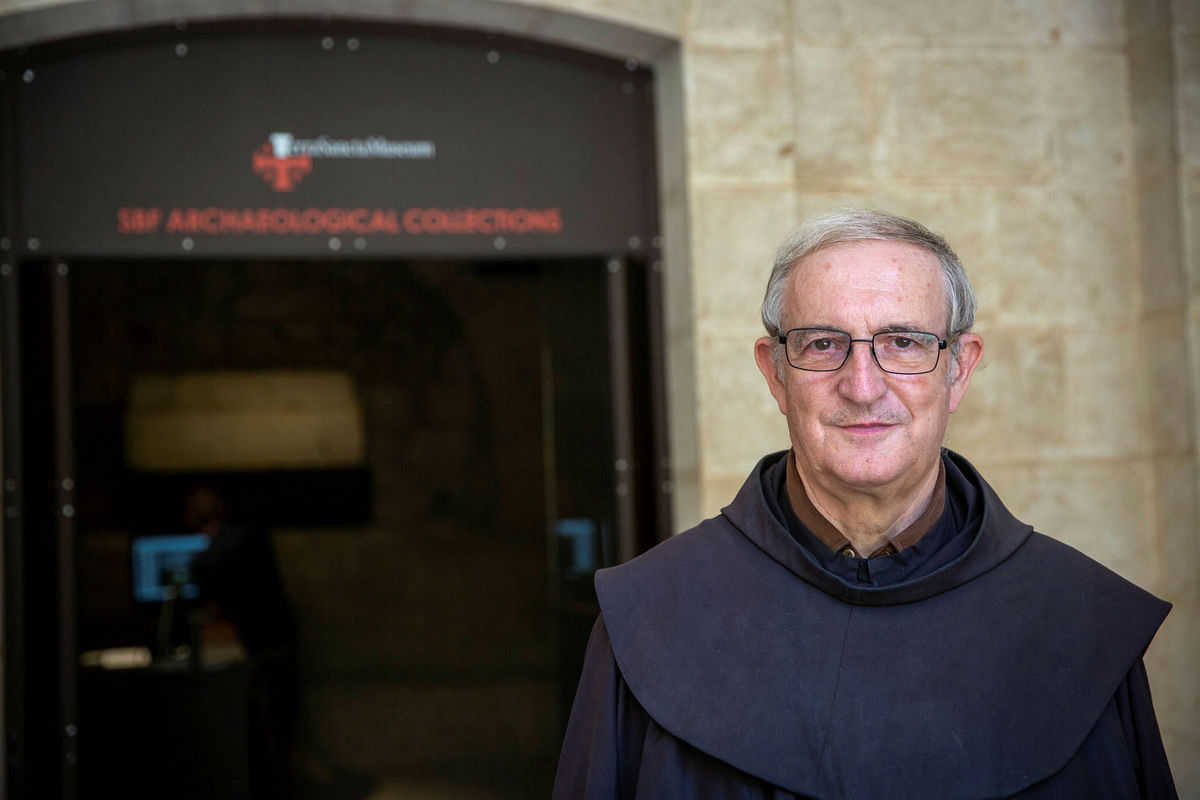 A golden necklace adorned with green stones, a collection of metal hooks and weights to hold down fishing nets, fragments of plates and kitchen tools used for daily life are just some of the artifacts on display at the Terra Sancta Museum, located in the Christian Quarter of the Old City of Jerusalem.

“It would be hard to point out a ‘most important’ piece in the exhibition, because all the pieces in the display have been carefully chosen,” Father Eugenio Alliata, the museum’s Italian-born  scientific director, told Tazpit Press Service (TPS) during a tour of  The House of Herod: Life and Power in the Age of the New Testament, a new exhibition chosen to open the museum’s  archeological wing.

Dressed in a brown habit and sandals, the traditional attire of the Franciscan order, Father Alliata likens the museum, which is housed in the 2000-year-old Monastery of the Flagellation and the St. Saviour Monastery, to “taking a dip in the past.” According to the museum website, the institution’s goal is “to make known to the world the roots and historical presence of Christianity in the Holy Land by displaying the archaeological and art collections of the Franciscans.”

Father Alliata continues: “The Museum (is) mainly dedicated to daily life (in Jerusalem) during Jesus’ time, but also to the life of King Herod, who dominated almost the entire period of Jesus and the Apostles. The exhibition has been created gradually over time, thanks to the professors of the Studium Biblicum Franciscanum, who wanted visitors to get to know the Gospel better and to understand its content through material exhibits such as the objects that are mentioned.”

Situated at the second of the Via Dolorosa’s 14 Stations of the Cross, which Christians believe mark the path Jesus walked from sentencing to crucifixion, the museum makes use of technology and archeology to illustrate daily life in the Jerusalem region at the time of Jesus. The interactive tour, in eight available languages, and light show, lead guests through a path of lights, sounds, ambient noise, and stories, showcasing the building blocks of Christian theology, including the passion, death and resurrection of Jesus.

In addition, the entrance to the archeology exhibition, which is located in the museum’s Herod’s House building, was restored by an international team who turned a labyrinth of ancient rooms into a modern designed museum.

The exhibit itself features ancient coins, jewelry, fragments of workman’s tools, kitchen tools, ossuaries, and stone pieces with Hebrew, Greek, Latin, and Samaritan inscriptions, all of which combine to shed light on the Holy Land during the time of Jesus, particularly home life, crafts, as well as on Jewish burial and purity customs that were typical at the time.  Many of the items on display were unearthed during archeological excavations around the region carried out by the Custody of the Holy Land, the custodian priory of the Franciscan order in Jerusalem, and are exhibited for the first time.

“Franciscans have been in the Holy Land for hundreds of years. They are at the service of the Holy Places, and consider themselves custodians not only of the stones of the churches and of the sanctuaries but also of the spirit of the sanctuaries, trying to transmit their memory to the visitors,” said Father Alliata.

“The museum is designed not only for pilgrims but also Jews, Christian and Muslim believers, to whom we want to show that we share a common history. Through this museum we aim to build a bridge of peace,”  Alliata concluded.