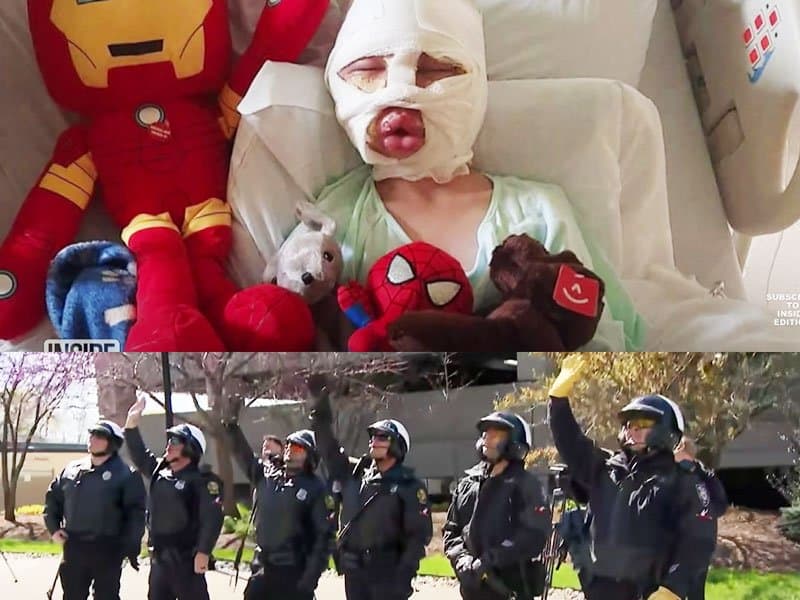 A 6-year-old bullied by a neighbor kid ended up in hospital after throwing a tennis ball on fire on his face. Police officers then went out of their way to comfort the little guy.

The 6-year-old Dominick and his family moved to a new place a year ago. They were new to the neighborhood when an 8-year-old kid began to bully him. According to Inside Edition’s report, the bullying went on for months. And just two months ago, his parents revealed that the kid shoved their son to the wall. 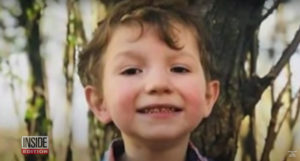 Today, Dominick is in the hospital with his face covered with bandages because of what the bully kid did again. Apparently, he poured gasoline into a tennis ball and lit it. Then he threw it toward Dominick’s face resulting in second and third-degree burns.

Following the incident, some people from the community showed him some love. Soon after, police officers, paramedics, and firefighters also went out of their way to comfort the little guy. They surprised him by rallying their vehicles and firetrucks outside his hospital room’s window. These unsung heroes wanted to encourage and lift up the little man by showing their genuine support.

The kindness of the police officers made Dominick so happy he wanted to be a policeman as well someday. Also, because of his own unfortunate experience, he wanted to bring justice to those who were bullied like him. The 6-year-old wanted “bullying to end.”

Although suffered a lot from the mishap of bullying, God has blessed Dominick right now as many people have helped them. A GoFundMe page was put up, and it has already raised over $350,000. The page was initiated so that Dominick’s family could move to a safer place where there are no more bullies.

Let’s pray that the 6-year-old would heal from all the trauma the violence caused him aside from total physical healing. Pray for his inner healing and mental health as well.