Her Abusive Ex Burnt Her Face, But You Won’t Believe Where She is Now
Lifestyle 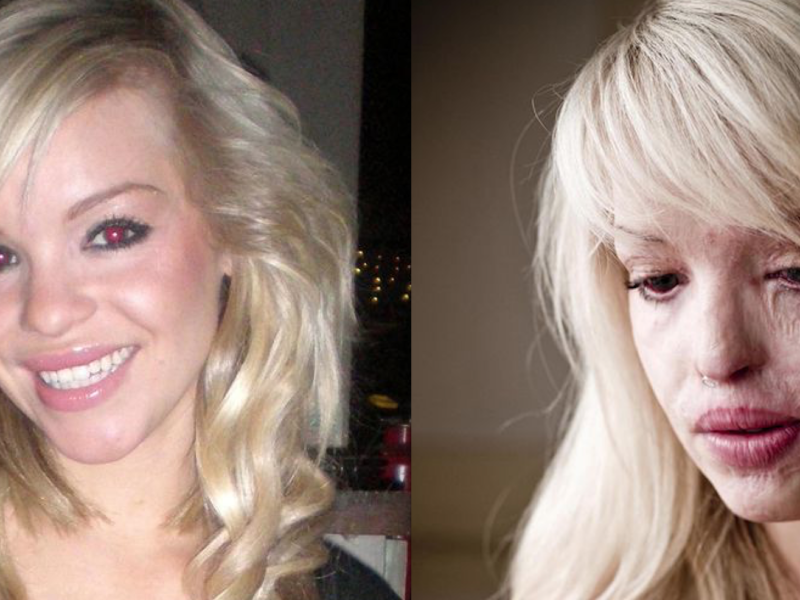 These days it seems that we are constantly bombarded with the negative news of life. We turn on the TV and all we see are the political wars, the car accidents, the murders, etcetera. Rarely do we turn on the TV and see the man that saved the child from the house fire, or the family that saved another from a flood. That’s why stories like Katie Piper’s go under the radar and are unlikely to be broadcast to a large audience.

Katie Piper is a young female, who experienced a horrendous moment in a time in her life. Ten years ago, Katie was dating David Lynch, a man who was emotionally, physically, and sexually abusive. They had only been dating a mere two weeks when David abused her. It wasn’t just one form of abuse, but three. He emotionally abused her, physically abused her, as well as sexually abused her. Two days after this episode, something even more horrific happened. Lynch paid someone to attack her with acid. He forced Katie to walk into a place where someone was waiting to throw sulphuric acid in her face.

The acid destroyed Katie’s face. The acid burned through the skin on her face, and destroyed her eyesight in her left eye. After two months in the hospital, Katie underwent a total of 40 operations. In the beginning of her treatment Katie had to wear a ,ask over her face for 24 hours a day. Katie could have easily gotten depressed, and let this incident ruin her life. She could have held her ex accountable for all the bad things to come, or all the pain she experienced. Instead of Katie staying secluded, and feeling bad for herself (which would be justified) she chose to turn her experience into a learning experience for others.

Around a year after the acid incident, Katie started the Katie Piper foundation. The foundation assists victims who have been burned with receiving the medical treatment they need post-burn. The foundation also works to give the patients the right reconstruction treatment that is needed, like hair restoration, makeup and camouflage, medical tattoo’s, and scar advice. The foundation also works with the mental health of patients, and helps connect victims with peers that can give them support in what they are doing. Katie essentially created a community for burn victims that was not there during her stint in the hospital / recovery time.

After creating her foundation for burn victims, Katie moved on to create an award-winning documentary . The documentary addresses her life, and the physical, emotional, and sexual abuse that she faced in her ex-relationship.

But You Won’t Believe Where She is Now

Not only did she create a foundation and produce an educational documentary, but Katie also completely turned her personal life around. Katie married the love of her life, Richard Sutton, and also gave gave birth to a sweet baby girl named Belle.

Katie speaks fondly of her husband, saying, “I feel so lucky to have met my husband, he’s a gift from God,” Katie said. “He’s an amazing person who changed my life for the better. He has given me our daughter and it’s one of the best things that has happened to me.”

Katie is also very vocal of her insecurities, that were brought upon her from her last relationship and the burn incident. She said, “In those early days I created barriers in my head about not being able to get back to work or not feeling attractive,” she said. “When I was single and dating my now-husband, I thought ‘he’ll never fancy me. this is going to go wrong. He won’t like me. What’s the point in going?’ But then I thought, ‘What do I lose?’ My experiences have taught me that confidence and happiness are life choices. It’s not luck.”

Katie Piper faced multiple traumatic events from the short relationship with her ex, but turned the devastating events of her life into a learning experience for others. She opened a foundation in hopes of helping others the faced the same traumatic events that she did, and has been making a difference since. Katie’s actions are ones of determination and faith, and ones we should all emulate in our lives.

For just $100 per month you can bring the gospel to 10,000 homes. Join us as media missionaries! GIVE NOW
VIEW COMMENTS
« 12 Biblical Ways to Properly Handle the Heart Of Your Spouse When I Look at Myself I Remember that Jesus Has Scars Too »