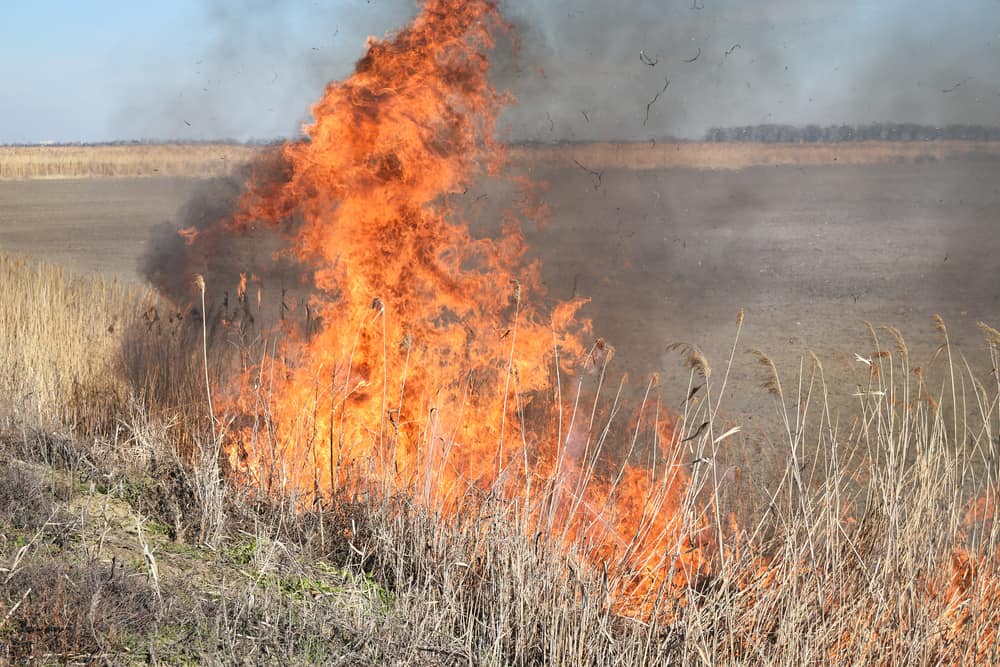 Hamas has warned that it will dispatch some 5,000 burning kites into Israel from the Gaza Strip. “We’re giving the Israeli government a chance to end their siege on the [Gaza] Strip, otherwise we will force the residents of the Gaza Belt to live under a siege of [burning] kites,” commanders of Hamas’ kite unit said at a press conference.

Burning kites and helium balloons filled with flammable materials have caused millions of shekels in damages and set ablaze thousands of acres of farmland and forestland in areas adjacent to the Gaza Strip over the last few weeks.

“A short while ago, a drone fired a warning shot at a squad who were preparing fire balloons in the southern Gaza Strip,” the IDF spokesperson said in a statement.

The damage so far

Over 2,200 acres of Israeli farmland and forests have already been burned down in Gazan arson attacks.

Israel will settle accounts with Hamas and Islamic Jihad at a time of its choosing and will not accept a continuation of recent events along the Gaza border, Defense Minister Avigdor Liberman has said.

“I would like to address the situation down south,” Liberman said at the commencement of the Yisrael Beiteinu weeklyfaction meeting, “First of all, it needs to be clear that we will not accept the routine of [molotov] kites, or riots on the border, or attempts to break through the fence and to damage [infrastructure] or violate Israeli sovereignty.”

“We will respond accordingly, I just want to emphasize that we will act in accordance with the Israeli interest, at a time that is convenient for us,” Liberman continued, adding that “I don’t usually keep an open account, and we will settle all accounts with Hamas, with the Islamic Jihad, and with the rest of the terrorists acting against us from within the Gaza strip.”

According to Liberman, over 600 flammable kites have been sent into Israel from Gaza since the beginning of the riots on the border at the beginning of April, 400 of which were successfully intercepted by defense forces. The 200 kites which did manage to reach fields, have set ablaze over 2,200 acres of farmland and forests.