Can Christian Couples Live Together Before Marriage? 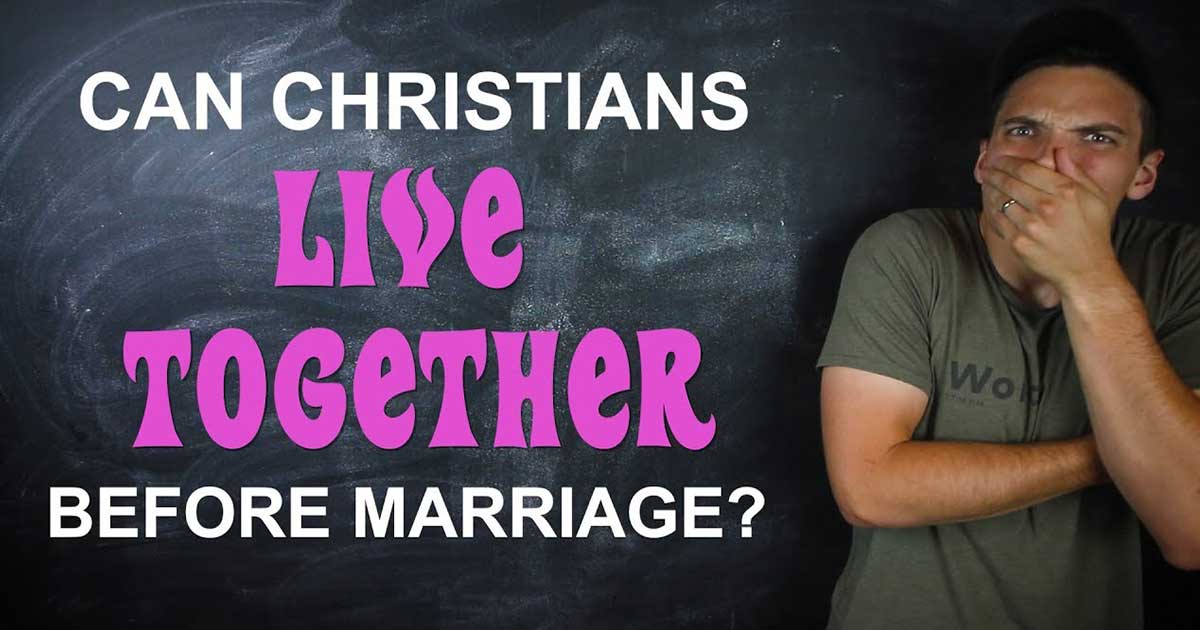 Is is ok to live with your boyfriend or girlfriend before you get married? Or is living together before marriage a sin? What does the Bible say about cohabitation?

This is an ongoing issue, not just for Christian couples but non-Christian ones as well. Almost everyone is sensitive about the topic and when you start talking about it, the result is often a heated debate.

This topic really requires much Biblical wisdom. If we just focus on the question alone, it’s quite simple to answer. Is living in the same house a sin? No. However, co-habitation is, if you apply the dictionary definition of the word.

Even if living together isn’t necessarily a sin it doesn’t mean that it automatically qualifies as a good idea. We should dig deeper as everything we do always boils down to our underlying or cloaked motives.

Also, we must remember the words of 1 Thessalonians 5:22 “Abstain from all appearance of evil”. We are to strive to live without fault before an unbelieving world, as well as to not cause a possible stumbling block for believers who are immature in their faith.

The bottom line, is what would your purpose be in staying in the same home as your girlfriend / boyfriend? Will it draw you closer to God?

We have to be aware that the battles we are facing every day are real. And living with your girlfriend or boyfriend before marriage is not a good idea, it will in fact increase the tension of your daily battle. As Genesis 4:7 states, “Sin is crouching at your door; it desires to have you, but you must rule over it.”

In seeking God in our everyday lives, we must be aware and discerning about the things that will hinder us from experiencing Him to the fullest. We must discern the traps Satan tries to set up to derail us. He is a deceiver and a liar, that’s given. He invariably tries to sugar coat things to get us to fall into temptation. But God says we must rule over these temptations.

We must distinguish and discern things between what is of God and what isn’t. Are the things we’re doing drawing us closer to God? Do the things we do glorify Him? For a deeper understanding about this topic, watch the video below by Jon Jorgenson. It will challenge your perspective about cohabiting before marriage.

Is Living Together Before Marriage A Sin?