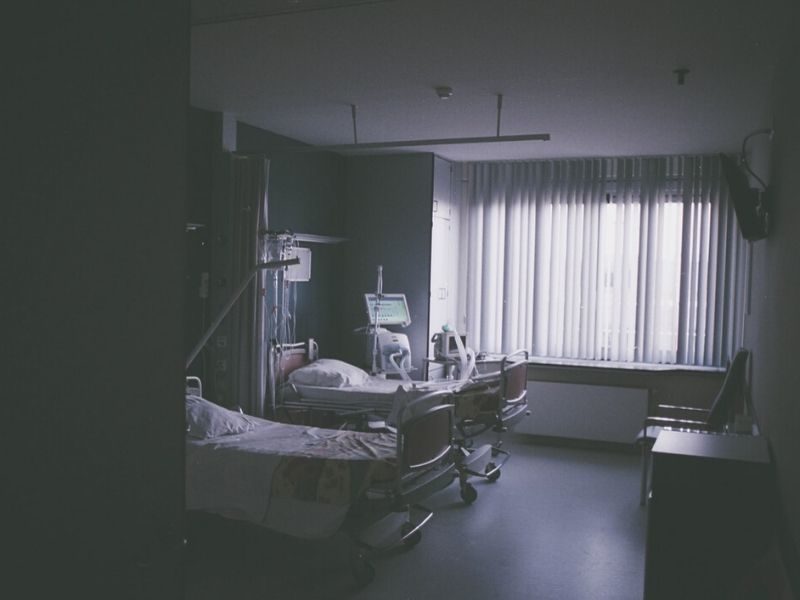 Eddie and Carrie Rivers are both cancer survivors. They depend on God once again as they face another adversity in their lives: testing positive for coronavirus.

65-year-old Carrie, detailed to The Times and Democrat their experience. She and her 70-year-old husband, started to feel sick in March. They did not expect it to be more than a fever since they usually get sinus problems this time of the year.

However, their fever stayed and they experiencing chills. But when Eddie did not go to his part-time job the following days, Carrie knew it was no longer the familiar they were experiencing.

They went to the hospital and took a series of tests. Eddie had to stay in the hospital because he had pneumonia. Little did they know, they would later get tested positive for coronavirus.

“As of then, I did not know that I was positive. They let me go home and quarantine with the masks and everything because nobody knew yet,” Carrie said. They live with her granddaughter and two great-grandchildren.

She then received a late-night call saying that Eddie had been placed in the intensive care unit because he couldn’t breathe. They put him on a ventilator and was sedated.

Family Is The Most Important Thing

Family is the most important thing in Eddie’s heart other than God. Carrie made sure to have the nurses tell him that his family was doing fine.

She recalled, “You tell him his family is OK and that we are fine. ‘Ms. Rivers, his eyes popped open.’ I said, ‘Praise the Lord.’ I just wanted to get that in his spirit.”

It was on April 1 when the officials informed Carrie that she also had the coronavirus. She learned about her husband being positive the next day.

She went through the proper measurements, quarantined and sanitized. She makes sure that the rest of the family followed the necessary precautions. They were not tested because they showed no symptoms. “So, we’re believing all is well,” she said.

Carrie still doesn’t know how she and her husband got the virus.

“We’re out here enjoying this beautiful air, but we don’t know where it’s coming from. So all we’ve got to do is have faith and know God is going to protect us either way. He’s already brought us this far. That’s where we’re at.”

Eddie is still in the hospital but he’s getting better. “They said his white blood cells are going up in baby steps. I said, ‘Look, take those baby steps. If he’s got to crawl, let him do that too,’” Carrie said.

Carrie is feeling better now. Her faith in God is what gives her strength and sustains her.

“If I could fix it, I would but I just give it to who I know I can. We’re depending on God. I’ve got people calling me, praying for me. You just don’t know how good God is until you get to your lowest to where you need Him most. We’ve always been a faithful household and a praying household,” she said.

“We believe in God. We believe God heals because He’s healed me from cancer twice and has healed my husband from cancer once. God has got people in our lives that are praying for us and praying for Eddie. You just never know how much people care.”

Reference: The Times and Democrat

For just $100 per month you can bring the gospel to 10,000 homes. Join us as media missionaries! GIVE NOW
VIEW COMMENTS
« Annual ‘Hallelujah’ Chorus Performance Goes Virtual To Keep 144-Year-Old Tradition Could The World’s Darkest Hour Become The Finest Hour For The Church? »