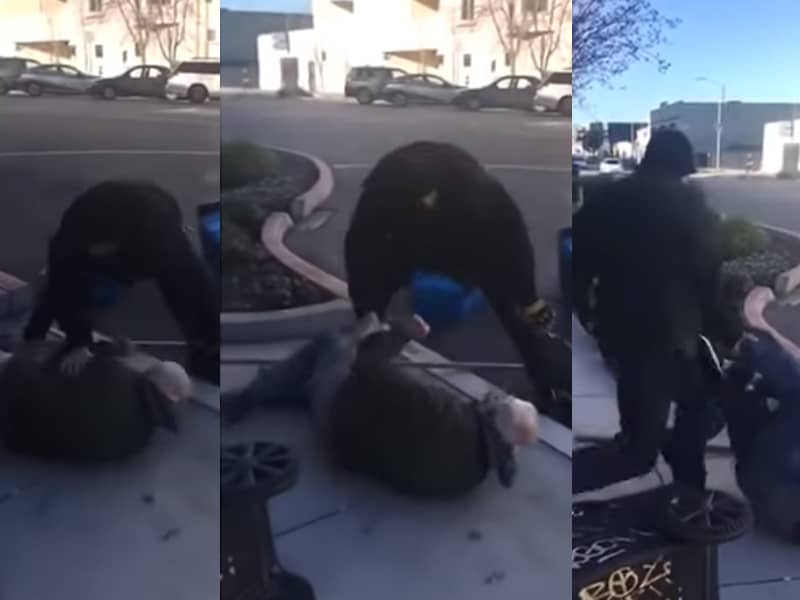 An 85-year-old man has been the victim of a violent attack outside an abortion clinic in the USA, that has shocked people around the world.

“Old man, stay on the ground”

The Life Legal Defense Foundation posted the video below of the incident outside a branch of Planned Parenthood in San Francisco where senior citizen, Ron was making a peaceful protest as part of the 40 Days For Life campaign.

It appears Ron was trying to escape from a  man who had previously harassed him and was trying to protect his Pro-Life banner. However the elederly gentleman was thrown down and kicked a number of times as he lay defenselessly on the sidewalk.

“Old man, stay on the ground,” the attacker shouted at Ron.

“San Francisco police are investigating the matter as an assault,” NBC’s Bay Area affiliate reported. “Ron said it’s the third time the same man has harassed him or tried to steal the sign in a week.”

The victim fears for his life

The Life Legal Defense Foundation which is representing Ron confirmed that about a week before he was attacked the same man also attacked another pair of Pro-Life activists.

“Ron was taking part in a peaceful 40 Days for Life campaign when the perpetrator stole his banner and viciously beat him” the Life Legal Defense Foundation said. “The same assailant had attacked the victim and another man just two days prior.

“Now this elderly victim is afraid for his safety. We are working closely with 40 Days for Life to make sure Pro-Life advocates in San Francisco and across the nation are protected, and perpetrators are brought to justice,” the foundation added.

The president of 40 Days For Life, Shawn Carney, also made a statement about the incident. “We believe every person should be treated with kindness, love and respect, even those with whom we may disagree,” he said.

Read also: Lead Actress in Planned Parenthood Movie is Warned She Will be Blacklisted in Hollywood