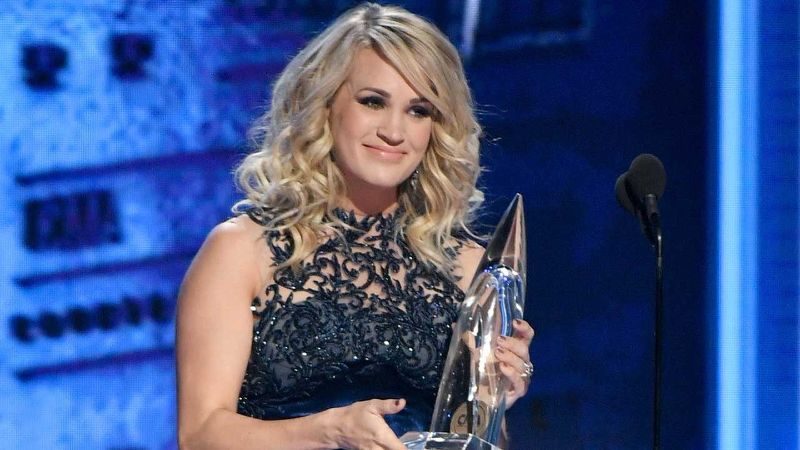 When she heard her name called, Carrie teared up and was moved as she walked up to the stage. “Thank you God,“ she said as tears began to fall from her eyes. “I have been blessed with so much in my life. I’m still trying to figure it out because I haven’t done anything to deserve it.” 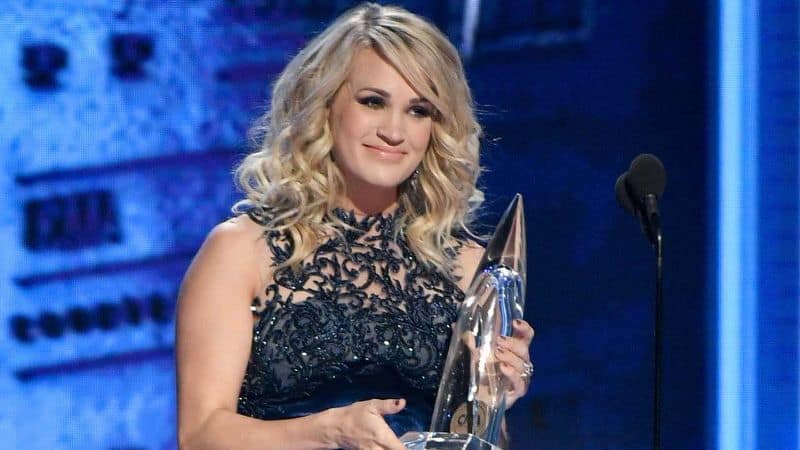 “Thank you God,” the superstar said as she accepted the award and tears began to fall from her eyes. “I have been blessed with so much in my life. Thank you country music.” The singer, who is pregnant emphasised, “this means so much. Thank you.”

It was a busy night for Carrie, who performed in addition to hosting. Earlier in the evening, she performed her single, “Love Wins,” and astounded the audience. Draped in a royal blue gown, she glowed in the spotlight as she sung her breathtaking song.

The award for the host with the most goes to… @carrieunderwood! #CMAawards pic.twitter.com/wgxXbqgZhU

Carrie also later made headlines after revealing her baby’s gender on the show.   “Seriously, Carrie, gimme a little baby hint…” co host As Brad Paisley asked… “Is it a Johnny or June? Keith or Nicole? Garth or Trisha? Tim or Faith.

“Or is it a Waylon or Willie?” he inquired, referring to Waylon Jennings or Willie Nelson, both male country icons. 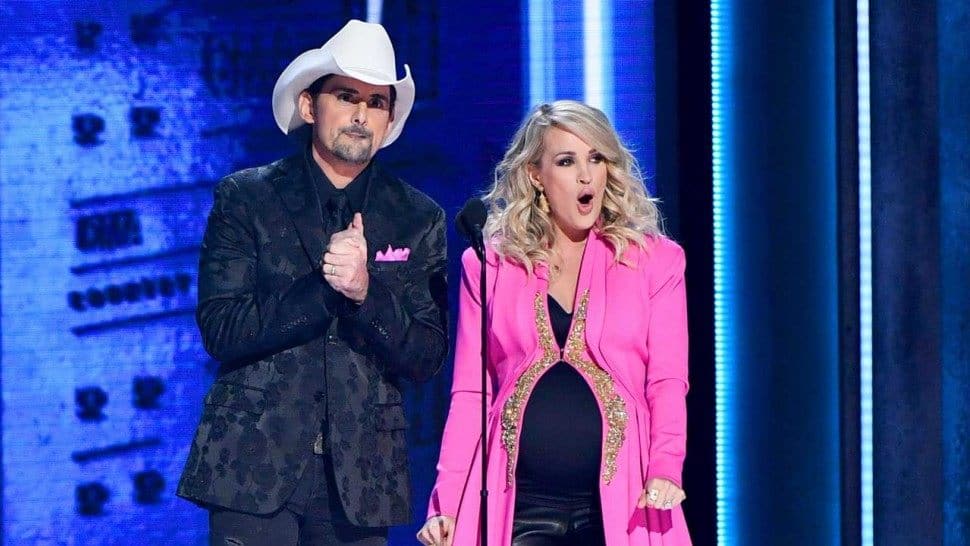 As Paisley continued to pester her for an answer, Carrie revealed, “That doesn’t even make sense!… Oh my gosh! Willie! It’s Willie!”

Watch the video below.

Carrie Underwood life has blessed so many people. Not only her singing skills but also her faith in God. May she continue to shine for Jesus.

For just $100 per month you can bring the gospel to 10,000 homes. Join us as media missionaries! GIVE NOW
VIEW COMMENTS
« At 87 Years Of Age, This Retired Police Colonel Pursues His Dream Of Becoming A Lawyer. David And Tamela Mann Reveal Their Secret For a Lasting Marriage »