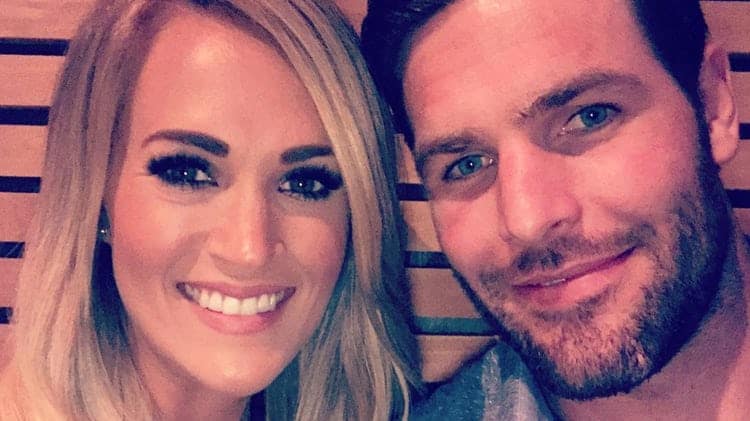 Carrie Underwood is no stranger to a big platform. She’s one of the biggest stars in music and has had a career that’s worth swooning over. But she’s been vocal about where she gives her credit: Jesus! Her debut single, Jesus Take the Wheel spent 10 weeks at number one, even though she was advised by her record label not to release it; Underwood knew taking a step in faith is risk-free.

Her husband; a star in his own right, Mike Fisher is best known on the ice as the newly retired captain of the NHL Nashville Predators. A biography about Mike titled, “Defender of the Faith” was released a few years ago and it’s a title he takes seriously.

Underwood and Fisher have been involved in numerous charities and from the get-go of their marriage, they made it clear that Jesus had to be the center in order for it to work. Check out what they said a few years back in an interview with none other than Oprah!

Since this interview, the couple has remained happily married and are raising a three-year-old son, Isaiah.

So great to see big stars stand up for Christ!

PLUS Watch Carrie sing her heart out to “How Great Thou Art” in front of her peers.