Movies with a Message: Casablanca (1942) 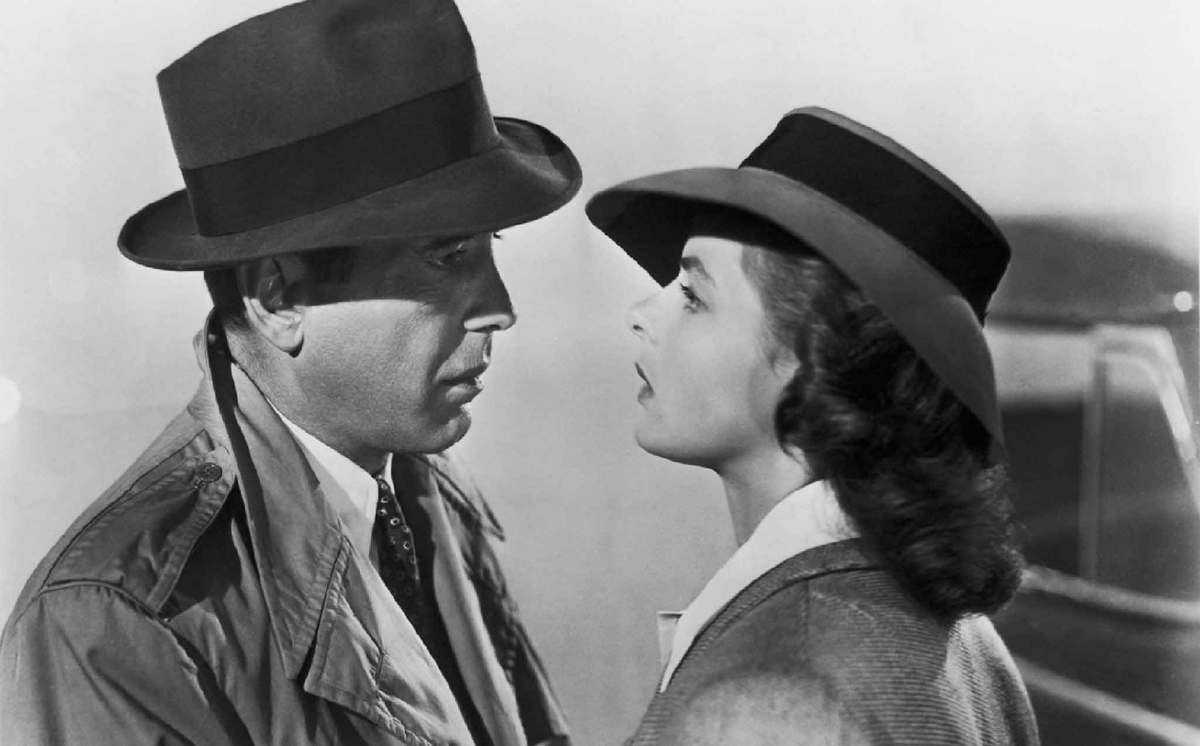 Along with Chinatown, Casablanca is frequently cited as having the greatest single screenplay of all time. This is despite the fact that three individuals are credited for it (Julius J Epstein, Philip G Epstein and Howard Koch), plus one uncredited writer (Casey Robinson), and the fact that it is based on a play (by Murray Burnett and Joan Alison). Indeed, during production, no-one expected Casablanca to be anything more than a routine wartime propaganda picture that would do moderate business.

Yet once production concluded, that peculiar alchemy which very occasionally turns lead into gold transformed a run-of-the-mill movie into a classic. The superbly paced, exquisitely witty, exciting, romantic and touching screenplay for Casablanca is indeed the backbone of what makes it great, but everything else is sublime too – from the direction (Michael Curtiz) to the lead performances, support performances, editing, cinematography, musical choices and so forth.

For those unfortunate enough to have never seen it, the plot concerns Rick (Humphrey Bogart); a cynical American ex-pat who owns an upmarket nightclub in wartime Casablanca. Rick remains determinedly neutral and “sticks his neck out for no-one” (as Peter Lorre’s unfortunate Ugarte discovers during the opening act). He is also friends with ultra-corrupt Vichy Police Chief Renault (Claud Rains), who warns Rick that letters of transit vital for escape to America have gone missing. In fact, said letters have fallen into Rick’s hands prior to Ugarte’s demise, and are coveted by Victor Lazlo (Paul Henreid) an important figure in the Czech resistance. When Lazlo and his wife Ilsa (Ingrid Bergman) turn up at Rick’s club, German Major Strasser (Conrad Veidt) makes it clear that he intends for Lazlo and his wife to remain trapped in Casablanca, unable to escape to America to continue Lazlo’s work. However, Rick’s neutrality is put to the test due to the presence of Ilsa, with whom he had a love affair, some years previously.

Thus begins one of the most memorable screen romances of all time. But Casablanca isn’t just a love story with genre elements of the wartime thriller and musical. Yes, it really tugs at the melodramatic heartstrings, with tremendous chemistry between Bogart and Bergman, but the message of personal sacrifice for the greater good – even when it breaks the heart – proved hugely important during World War II. That message remains relevant today, and is one of the reasons why Casablanca has endured as a classic for decades.

However, in closing, I would again draw your attention to the brilliance of the superb, spare screenplay; where not one line is wasted, and indeed many of the lines are among the most quoted (or misquoted) in cinema history. The likes of “Here’s looking at you kid”, “Round up the usual suspects” and “We’ll always have Paris” are regularly trotted out even by those who haven’t seen the film. In that respect, Casablanca’s screenplay has a legacy akin to that of a Shakespeare play.