The Heart Of A Champion: Boy Born With No Legs Pursues Baseball Dreams 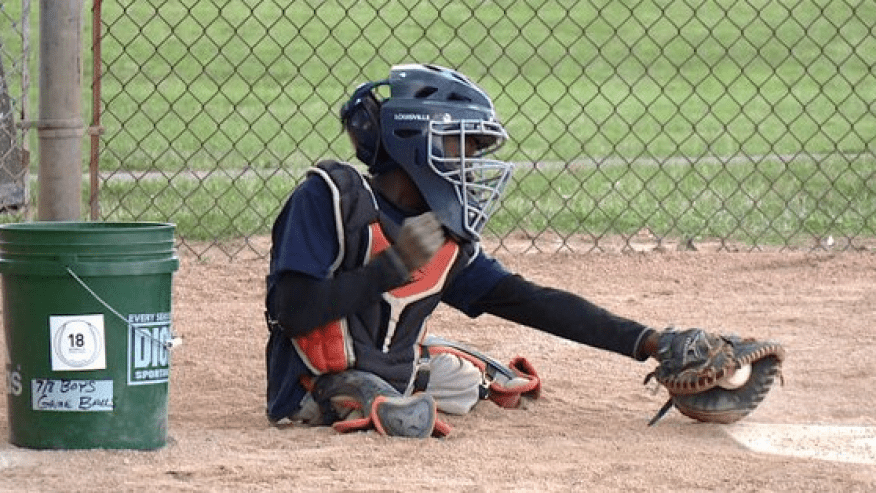 Nine-year-old Gabe Davis of Berea, Ohio, was born in Ghana with a severe leg deformity that has forced him to endure 14 surgeries in his young life. But he’s not complaining. In fact, he’s probably out playing baseball!

Over a decade ago, the Davises were told that they couldn’t have children. But several years and three precious children later, their family is thriving. Their youngest child, Gabe, was born an ocean away, but when Summer Davis saw his picture, she knew he was her child. She explains that it was a call from God.

The family functions as a team, pushing one another to pursue their dreams. Most of all, they remain undaunted and undeterred by others’ opinions of what Gabe should and shouldn’t do. If Gabe wants to play baseball like his older brothers, he will play baseball. His brothers will even serve as his legs.

With the stated goal of playing in the Paralympics representing either Ghana or America, Gabe knows he has his work cut out for him. And he’s more than willing to put in the time and effort it takes. After working for three years to learn how to throw, he has got it down. According to his father, “That’s a big thing for him, when you learn how to throw and catch, you can play on a typical team.”

And that’s exactly what Gabe is doing. Playing on a baseball team with others his age – the Berea Tigers – Gabe holds his own. He can bat, run – propelled by all of his limbs – , throw, and catch. One of his older brothers carries him behind home plate, putting him in position to catch. Whenever Gabe feels defeated, his father reminds him, “Dude, you’ve gotta have confidence.”

Gabe’s coach recognizes his outstanding courage and work ethic, commenting: “Gabe’s fantastic. He’s all about effort, 100 percent effort. And he’s a pleasure to be around. Couldn’t ask for a better player or teammate.”

In a recent video, you can see him hitting a single and running to first base – SAFE and with an infectious grin.

Gabe’s courage and boldness surpasses that of many his age. In a recent vacation with his family to Myrtle Beach, Gabe reached for his glove and asked the Myrtle Beach Pelicans – a minor league team that feeds into the Chicago Cubs – if he could play catch. The first baseman, Matt Rose, obliged.

Soon, Gabe was on the mound, throwing the first pitch – a strike! As the crowd gave him a standing ovation, Gabe cheered on the Pelicans: “Gooooo Pelicans! Let’s get this win!”

Although he wasn’t born with every advantage, Gabe is determined to make the most out of life; he’s not going to let it pass him by. He seeks out opportunities and then pours his heart and soul into them. Without a doubt, this is his approach to all of life – not just baseball.

If you need a pick-me-up today, watch this incredible video of a boy who, against all odds, is triumphing despite a seemingly debilitating deformity. He truly has the heart of a champion.