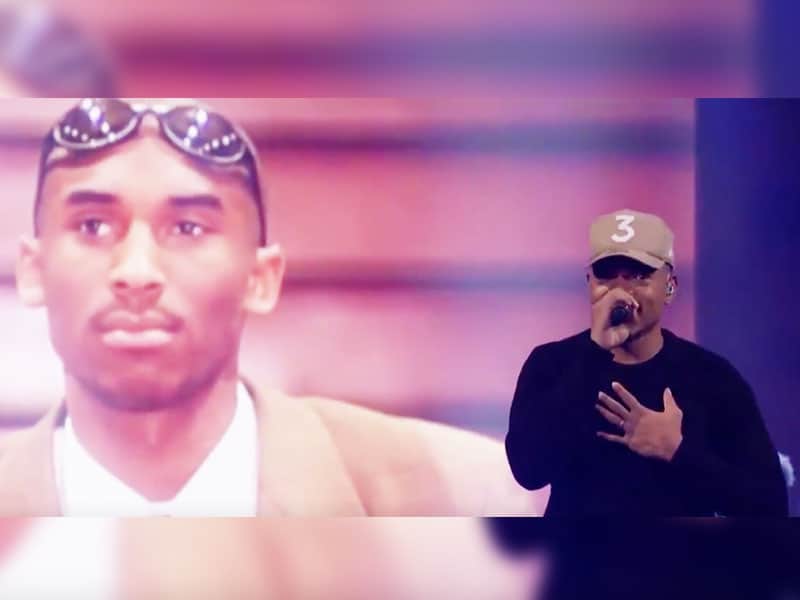 During the NBA All-Star Weekend on Feb. 16 at the United Center in Chicago, Illinois, Chance the Rapper gave tribute to the late NBA star Kobe Bryant and his daughter. He also glorified Jesus through his song.

Getting Spiritual During The NBA All-Star Halftime Show

During the halftime show, Chance the Rapper performed one of his songs in honor of Kobe Bryant who was recently killed in a helicopter accident. When he began to sing, pictures of Kobe and daughter Gianna flashed behind him on the screen.

“We pray for a day that’ll come where we get to see the place where there is no sunrise and no sunset,” he sang in tears while the montage continued. “And the Prince of Peace will say ‘Job well done.’”

Apparently, the song’s lyric depicts the parable of the story found in Matthew 25.

Players at the NBA All-Star game paid tribute to Kobe and his daughter as well. They wore either number 24 or number 2, which were Kobe and Gianna’s numbers when they played.

Chance the Rapper is one among the few celebrities who is outspoken about his faith. And recently, the rapper went on a sabbatical to spend more time studying the Scripture.

“We all quote scripture and tell each other what God likes and doesn’t like but how much time do we spend as followers of Jesus to really just read and KNOW his Word?” he announced at the time.

A lot of speculation about Kobe’s faith sprang up after he died in a helicopter crash. Kobe died along with his daughter and seven other friends. According to the report, he attended church just before the accident happened. Moreover, a Christian evangelist claimed that Kobe had already accepted Jesus as His Lord and Savior.

Even though the media ignored Kobe’s faith, Stephen Smith – a sports television and radio host – revealed a video about the legend’s faith in God. When the popular sports broadcaster asked Kobe Bryant what he had learned from the lowest point in his marriage and life, his response was faith-filled.

He directly answered, “God is great.”

Further, the NBA star shared about carrying the cross and how Jesus picks it up for you.