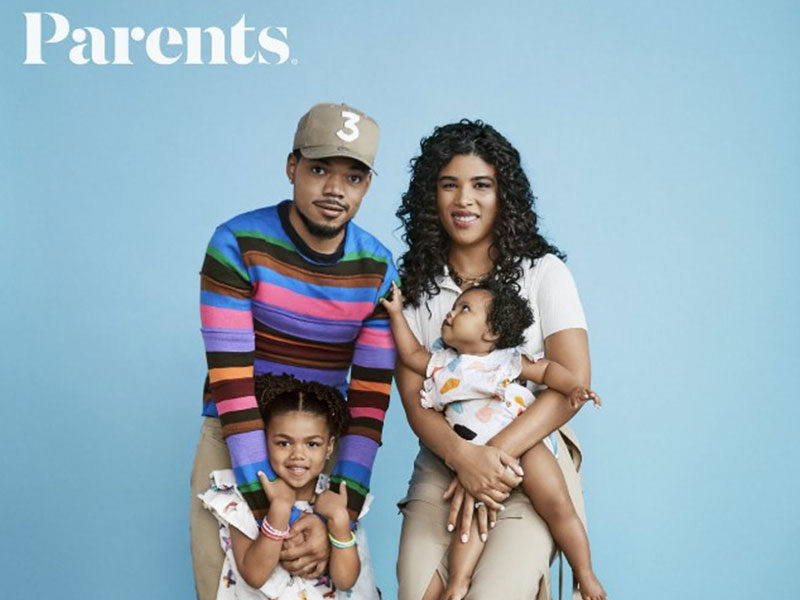 Singer, songwriter Chancelor Bennett, also known as ‘Chance the Rapper’, is teaching his daughter “to understand that Black is beautiful.”

Parents nowadays find it hard to explain to their children all that is going on in the world today. This is precisely why Chance the Rapper is doing something about it with his daughters.

In the September issue of Parents magazine, the 27-year-old and his family were featured. Chance, together with Kirsten his wife, and their daughters Kensli and Marli posed on the cover of the magazine.

Additionally, he mentioned his youngest by saying, “Marli, I’ve just been trying to teach her how to walk.”

Chance The Rapper On Racism

Also, Chance is seeing this moment as an opportunity to learn. He realized that “people can adhere to racist systems and benefit from them without necessarily consciously doing so.”

Further, he stressed out, “And my understanding of that came from my being able to see how I could be complicit in patriarchy and sexism. When there are protests, they’re mostly for Black men. Statistics show that Black women are also brutalized at an extremely high rate or, in some cases, killed by racist police officers.”

He concluded, “So I think we’re starting to address many issues: racism, patriarchy, capitalism, colorism. Until we can recognize the stem of each problem and how we all work within the system, we can’t actually make it better.”

Ever since Chance rededicated his life to Christ, he has been outspoken about his Christian faith. Even his songs reflect how much Jesus means to him.

For just $100 per month you can bring the gospel to 10,000 homes. Join us as media missionaries! GIVE NOW
VIEW COMMENTS
« Worshipers Publicly Praises God In The Streets Of London On A Double-Decker Bus Pastor Jentezen Franklin Calls For 21-Days Of Prayer And Fasting For America »