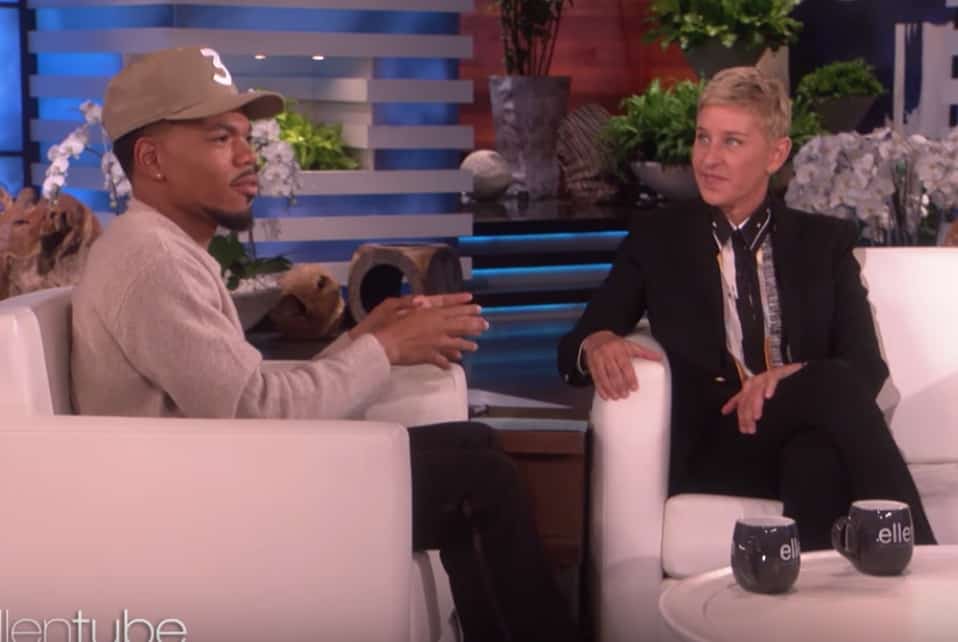 This week Chance the Rapper was a guest on Ellen and he shared his faith in Jesus with her audience.

Chance came on Ellen’s show to promote his new album The Big Day which he wrote as a celebration of marriage. The young rapper recently married his girlfriend, Kirsten, whom he met when he was nine years old. He credits his wife for leading him back to faith and his lyrics often sing her praises as a strong woman of God.

Putting Jesus and family center stage has definitely made Chance a curious anomaly in the secular music industry but his fans don’t seem to be going anywhere. Last year the rapper took a hiatus from music and the fast lane and dedicated the time to studying scripture. He shared his journey with his followers and fans.

“I’m on a plane headed out the country on my first sabbatical. I’m going away to learn the Word of God which I am admittedly, very unfamiliar with,” Chance wrote in a post on his Instagram.

READ ALSO: Chance the Rapper Goes on Hiatus to Study the Word of God

With a new album and a new baby, Chance is definitely in the busy season of life. But the multi Grammy award winning artist still finds time to serve others. The Chicago native has given millions of his own money and raised even more for the underprivileged and at risk in his home state.

When Ellen asked him why it was important to give back, a humble Chance offered a sincere and simple explanation: Jesus.

“So, my understanding of a lot of stuff is based on Jesus,” Chance explained. “Jesus teaches to be like, you know, care for your neighbor. Care for people who aren’t necessarily your blood but still a part of your body because we’re all humans.”

Chance the Rapper on His Longtime Love Story with His Wife