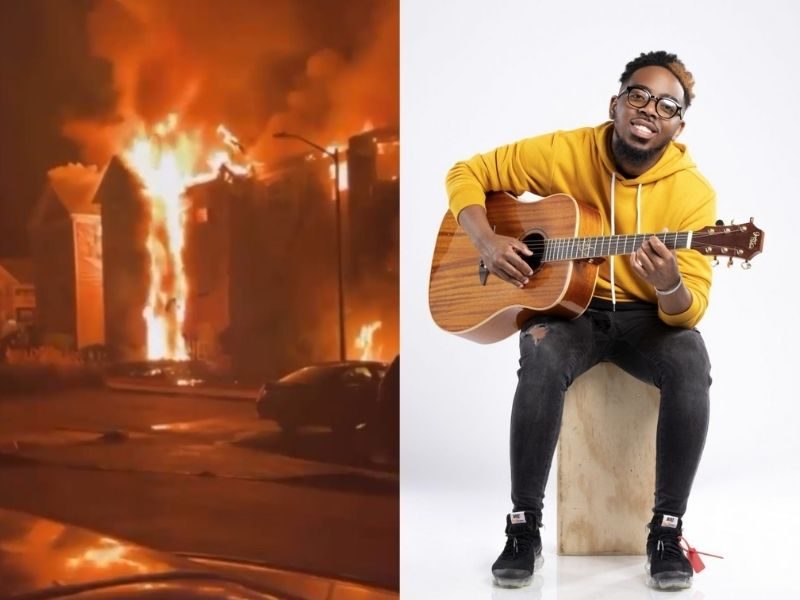 Chandler Moore rejoices God after a fire burned his house. More than the frustration he felt after losing his possessions, he is joyful that God rescued him from the blaze. His natural response to God’s goodness was worship.

The worship artist was supposed to be inside his apartment when it caught fire. But, before the incident, Chandler decided to reschedule his flight and left a day early. If he didn’t do that, he would have been trapped inside his burning house.

He posted the aftermath of his apartment on his Instagram account. He said, “[I] wasn’t gonna post at all, but I just got some joy. This literally could’ve went another way. So, I’m encouraged.”

“The enemy would LOVE for me to live in this season of discouragement,” he added. “Because it’s been transition after transition, but nah. I’M GOOD.”

Moreover, Chandler assured his friends and followers that he is joyful in the Lord regardless of his situation. “Lost 98% of my material things, and it’s frustrating. But, I have LIFE. The LORD is SO kind.”

“Now that I’ve defeated the enemy with joy, I’ll get back to living in the goodness of God.”

The joy of the Lord is our strength

His response towards his situation inspired many. Robin Bright, Chandler’s friend, worried over her colleague. When she got notified on her Instagram that Chandler was doing a live video, she immediately clicked to check on him. However, Chandler’s recording humbled her.

Instead of despairing over his situation, she found the worship leader praising and worshipping Jesus. She said, “This is what someone does when the joy of the Lord is their strength.”

Many Christian celebrities also reached out to Chandler. Some of them were Justin Bieber, who encouraged Chandler; meanwhile, Lecrae offered assistance.

Chandler Moore is currently with Maverick City, a collective of worship artists aiming to deconstruct unspoken rules in the CCM and Gospel world.

For just $100 per month you can bring the gospel to 10,000 homes. Join us as media missionaries! GIVE NOW
VIEW COMMENTS
« Drug Addicted Man Died 13 Times Until He Saw A Vision Of An Angel Pat Boone Invites You To “Worthy Of Water” A Virtual Event »