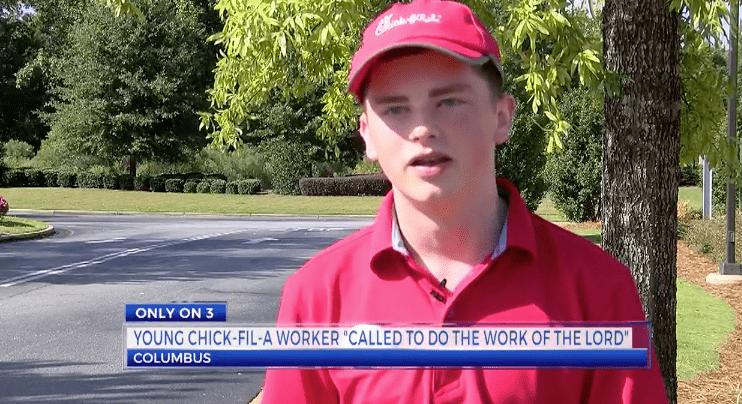 Chick-fil-A employee, Levi Jones, stepped out in obedience after being prompted by the Lord to give his shoes to a homeless man. Not only that, but Levi has developed a reputation in the community for praying for customers and spreading the love of the Lord in more ways than one.

“I’m a Christian, and I claim that wholeheartedly” – Levi Jones 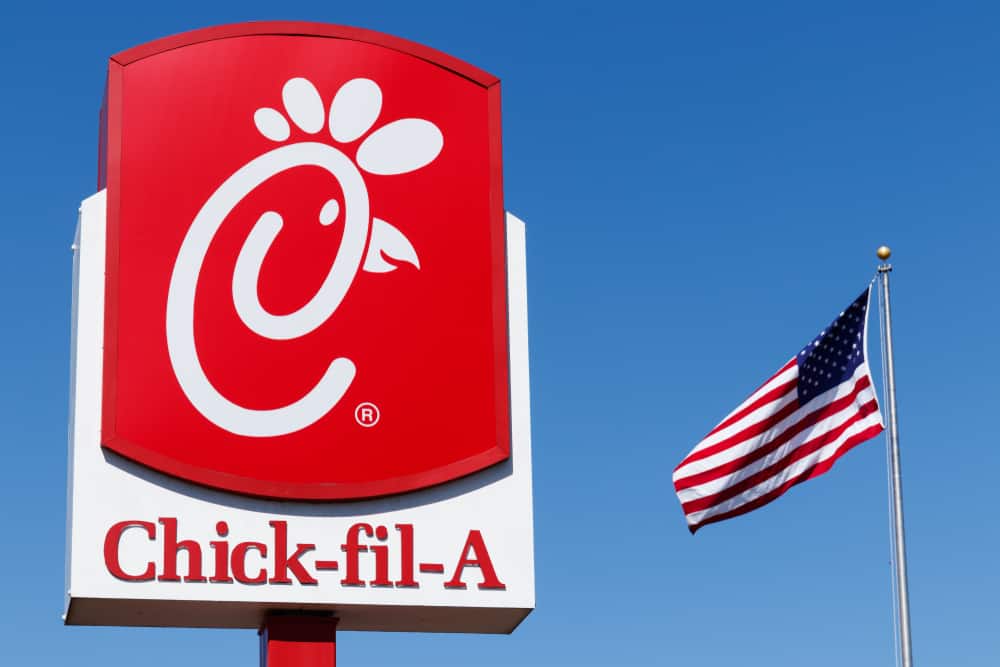 During a normal day at work, 18-year-old Levi Jones from Columbus OH noticed a homeless man sitting under a tree outside of his workplace. He felt the Lord tug on his heart to go talk to him and after walking outside and learning the man’s favorite Chick-Fil-A meal and soda, Levi returned to the man with a free meal and left him with the shoes off his feet.

“Walter was sitting under a tree, close to the Chick-fil-A building in Columbus…He had his eyes closed, looked very tired,” Levi said.

“I went over to him. God led me over there to speak to him,” he added.

Without hesitation, Levi acted in obedience.

“The Lord told me to give my shoes to him, and that’s exactly what I did,” he said.

Levi returned to work without any shoes on his feet, but management found a spare pair for Levi to wear… 4 sizes too big.

The Operator of Chick-fil-A in Columbus, Todd Kalish said that surely Truett Cathy, the founder of Chick-Fil-A would be proud of Levi!

“I love Jesus. I’m called to live and walk just like Jesus did on the earth,” Levi added. “Jesus hung around homeless people. He took care of people, loved on people, blessed people wherever He went. And so I just want to walk as my Father… walk and live that out every single day of my life”.

This wasn’t even the first time Levi has shown compassion to people in need. There was another moment while working at Chick-Fil-A at the check-out line and when a single mother who came to order for her and her children had an issue with her credit card, so Levi walked around the counter and paid for him with his own card, to assure that the family would be able to eat that day. He then put his arms around the family and prayed for them!

“Our minds must be set always to seek the will of the Lord. Following the progressive discipline revealed through the Bible will result in a walk of obedience to God.” – Billy Graham

Obedience isn’t simply for the sake of “doing the will of God”, although that is a worthy motive, it also blesses you in return when you see the joy in someone else’s eyes. To see the appreciation in the face of someone who was once in hardship and is now brought into an atmosphere of hope!

So step out in faith and watch the Lord transform a life right in front of your eyes.

For just $100 per month you can bring the gospel to 10,000 homes. Join us as media missionaries! GIVE NOW
VIEW COMMENTS
« Beth Chapman, Wife to Duane ‘Dog the Bounty Hunter’ Chapman, Has “Hiked the Stairway to Heaven” Will the Knesset Cancel the September Elections? »