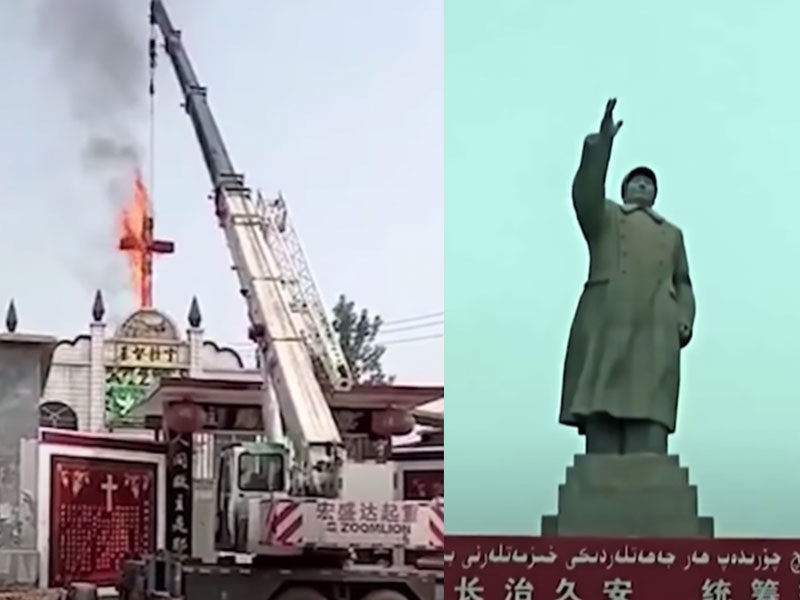 China intensifies crackdown against Christians, demolishing even a government-sanctioned church. Christians in China say, “it’s the worst persecution” against them “since Chairman Mao Zedong.”

Heightened Persecution To Christians In China

It has been previously reported that persecution against Christians in China has heightened these days as the government tries to ensure all citizens follow the Communist belief.

On Feb. 1, the public security police stormed into a Christian church in China to topple a cross from a church building’s roof for a second time. 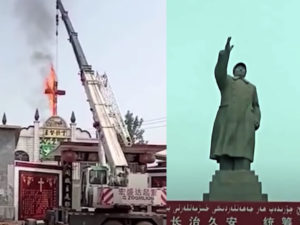 Bob Fu, President of China Aid revealed that they have documented over 1600 persecuted churches. This included crosses burned, destroyed, and destructed in one city alone. Also, authorities detained and imprisoned many pastors for the same reason.

In addition, the persecution in the country today is no longer limited to certain regions. Its national government intends for this massive and widespread crackdown of churches.

“What we say in 2021 is that everywhere in China, there is intense persecution of Christians. There are intense efforts to control the church to bring the church under communist party control,” Voice of the martyrs’ radio host Todd Nettleton said.

Furthermore, the global pandemic has become a new excuse for the government to target believers. Making COVID-19 an excuse, its persecution greatly intensified by banning all the church activities, including worship services, prayer meetings, and small gatherings. Moreover, family members who gather to worship in their own homes are also banned.

Christianity, A Threat To Chinese Government

But despite the heightened persecution among Christians in China, God’s work cannot be stopped. A previous report by GODTV said that the Christian population in China could reach up to 300 million by 2030.

Dr. Ron Boyd-MacMillan, director of Strategic Research of Open Doors explained the situation. He said, “We think the evidence as to why the Chinese Church is so targeted, is that the leaders are scared of the size of the Church. And the growth of the Church.”

Let’s continue to pray for our brothers and sisters in Christ in China. May the good and faithful Lord protect them against destructions from the enemy. And also, may God give them strength and joy to face such adversity faithfully.

For just $100 per month you can bring the gospel to 10,000 homes. Join us as media missionaries! GIVE NOW
VIEW COMMENTS
« Comforting Bible Verses For Anxiety And Sleepless Nights Live A Life That Gives God Praise »