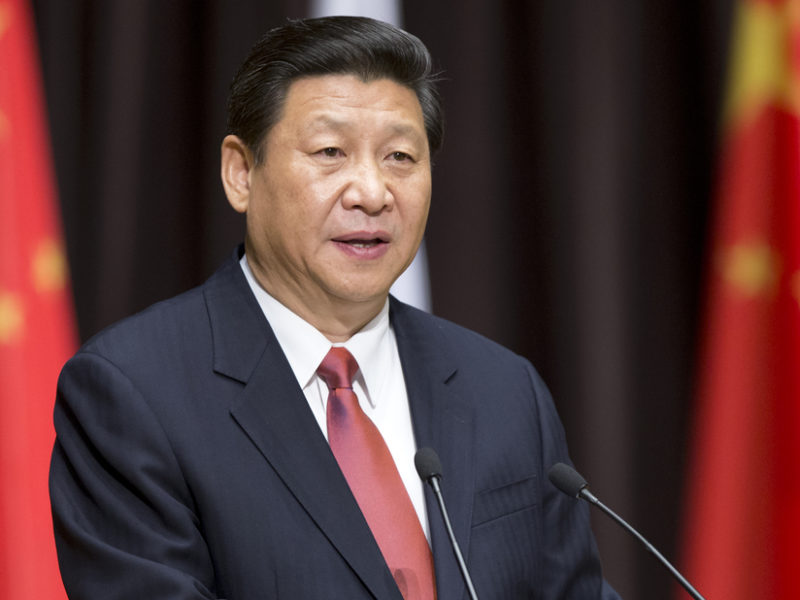 The First Commandment says, “You shall have no other Gods before Me,” apparently that contradicts the policy of China’s President Xi Jinping.

Recently a group of about 30 officials in Henan Province’s Luoning country conducted an inspection at a church and wiped off the commandment from a display on the wall.  The pastor was warned about going against this policy as it is a national policy that the Chinese President expects all churches to adhere to.

Religion in China has been coming under increased pressure to be subservient to the state in its teachings and practices.  Christians have been harassed and arrested for practicing their faith and the government keeps tightening the screws of suppression as Xi Jinping wants every pastor and other clergy members to know that he is the supreme leader of the country.

Here in the USA a battle has been waged for many years about the Ten Commandments being on display in our public buildings and, in some cases, some government agencies have been forced to remove the Ten Commandments as groups such as, the American Civil Liberties Union (ACLU) have fought battles for those who have complained about Christianity being separated from our government.

Meanwhile, back in China, the government there has been taking part in naming who the Catholic Bishops will be in their country.  The final appointment is made in Rome but the suppression continues to mount as China postures to be the final voice in matters of Christianity and, not only Christianity but, Islam has not escaped such suppression and arrests either.  There have been reported over a million Muslims detained or arrested and sent to special areas to be ‘re-educated’.

Xi Jinping is not the first ruler to attempt such regulation.  When King Herod (Matthew 2) is told about a new King as the Three Wise Men asked Herod where they might find Him so they can worship Him and give gifts.  Herod is not happy about there being another King so he tells the Three Wise men to return to him once they find this baby “so he can go and worship Him as well”.

The Wise Men are warned by God to not return and after the visit, they took another direction to their homeland.  The important message here is: God is still in control now as He was then.  There will be persecution but that is only the beginning of greater things to come.

For just $100 per month you can bring the gospel to 10,000 homes. Join us as media missionaries! GIVE NOW
VIEW COMMENTS
« WATCH: Quarterback Finds Hope After Having To Quit Football Due To Addiction Stray Bullet Almost Killed Texas Pastor On New Year’s Eve »