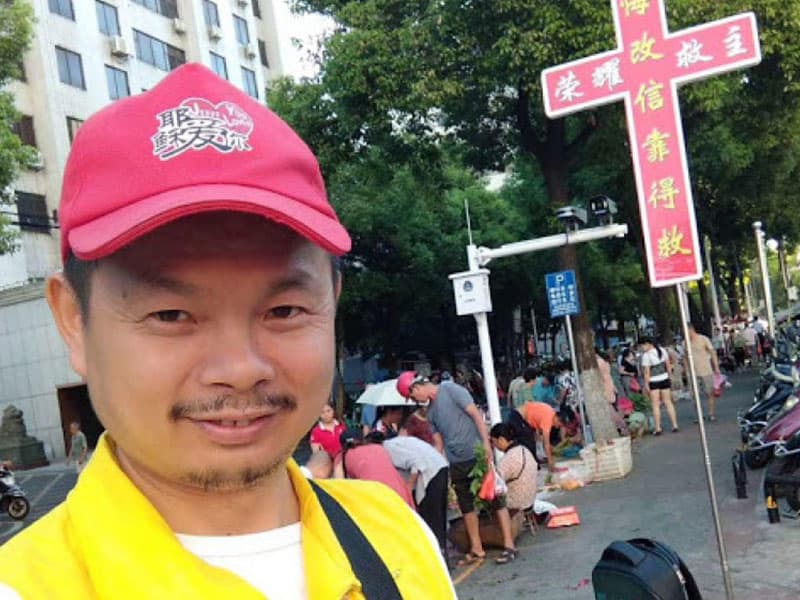 A street preacher of the Gospel in China was arrested this week for what the nation’s Communist Party indicts as “illegal evangelism.”

Chen Wensheng goes to Xiaoqun Church in Hengyang, located in China’s Hunan province. The Chinese Christian apparently initiated an evangelistic activity that landed him in prison. China Aid reported that on August 3, the police detained him and sentenced him to ten days in jail.

While the street evangelist boldly shares the Gospel, he “often carries a wooden cross” with him. “Glory to our Savior” and “Repent and Be Saved by Faith” are inscribed on it.

Chen does this evangelistic effort often. That is why he’s been in and out of the police station. Moreover, even when he’s been detained, he repeatedly shares the Gospel with the officers inside the jail. According to the recent report, the authorities confiscated his cross during his recent detention.

China Aid shared video footage revealing how Chen did evangelism on the streets. He placed a booth on the street and preached the Gospel using a megaphone. 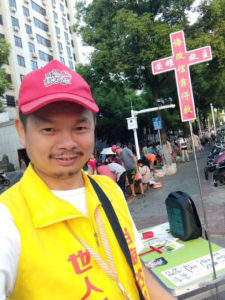 Another video showed Chen sharing the Gospel to the police authorities “as he leaves the station following a separate arrest.” He told them the gift of eternal life through Jesus Christ. And that “believing in Jesus is not for money.”

Persecution Of Christians In China

The Communist Party is heavily persecuting the Christians in China nowadays. Reports of house churches being cracked down on make headlines one after another. Now, even evangelism has been “banned outside of registered religious sites.” It has “become increasingly difficult.” And those who go against the rules face either “harassment or detention.” And Chen is just one of the many Christian victims.

The efforts of national authorities to suppress Christianity in China are part of “Chinese President Xi Jinping’s efforts to stamp out religion and enforce greater control over people’s lives.”

This religious suppression, according to ICC’s new report, led to “closure or demolition of churches or places of worship, arresting of Christians, and social pressure.”

But despite these various pressures, an estimated 100 million Christians live in China. According to scholars, “given the growth of Christianity in China, there could be more Christians in China than anywhere else in the world by 2030.”