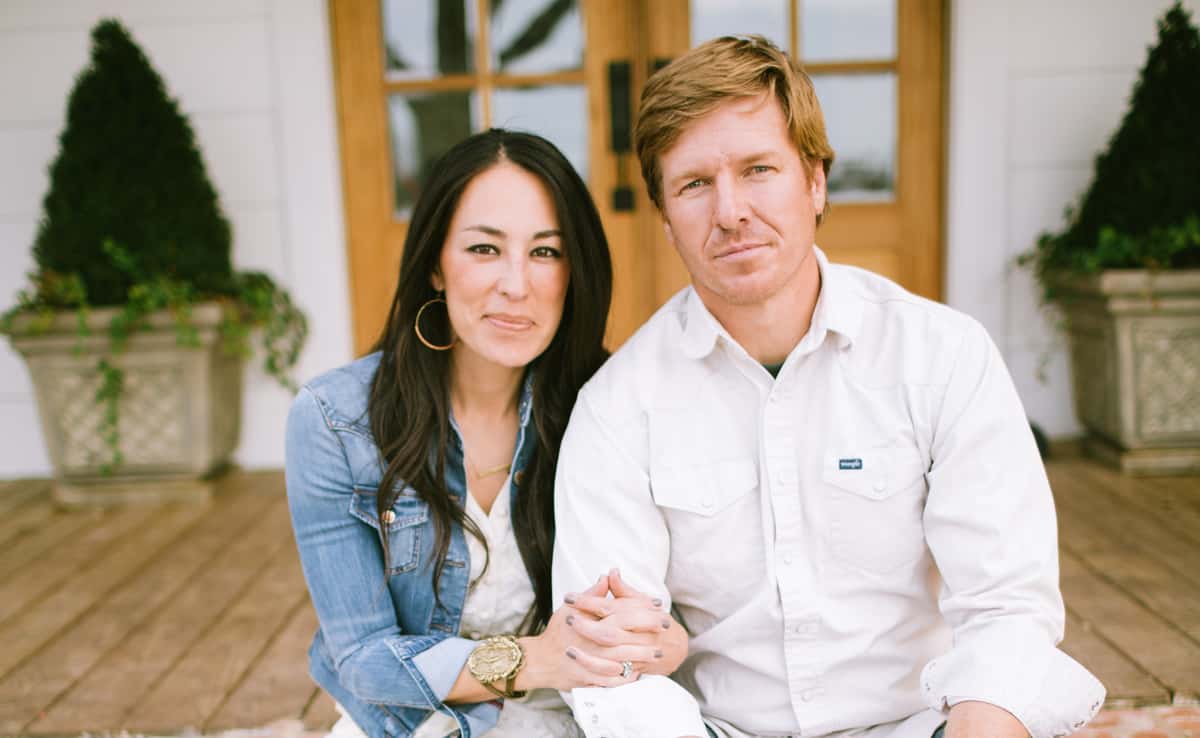 You may know them from the HGTV reality TV show Fixer Upper, and if so, you’re not the only one! Last year, over 25 million viewers tuned into watch the hilariously entertaining Chip and Joanna Gaines buy undervalued homes, add new life to them, and flip them for big bucks.

But this dynamic duo was not always so dynamic; as single adults, they both had some growing to do in their relationship with God.

Through their happy marriage, God has revealed more of himself to each of them, challenging them to step out in faith together, even when it doesn’t make sense to do so.

Both Chip and Joanna Gaines attended Baylor University, but they didn’t meet in college. It was only after college, when Joanna worked at her father’s auto shop, that Chip noticed the pretty girl in the family photo behind the shop’s front counter.

Maybe it’s a good thing that they didn’t meet in college. In a recent I Am Second “White Chair Film” interview, Joanna pauses to reflect: “I don’t know if we would’ve dated in college if we knew each other.”

Why this reticence? According to Chip, Joanna’s personality is the exact “opposite” of his. He describes Joanna as “the purest, most stable person” he’s ever met. But this stability came at a price. As a child and young adult, Joanna was “kind of awkward” and “a bit of a wallflower” who was “in desperate need of water” so that she could blossom.

Chip, on the other hand, loved living a life of chaos and adventure. He describes driving his truck down to the last ounce of gasoline just to test how close he could get without running out. Joanna quips, “If you give Chip a boundary, he’s going to break that boundary.” Chip agrees: “I want to be the guy on horseback riding into the wilderness.”

As young adults, these two also had different approaches to relationships. Chip viewed love as having the sunroof rolled down, “flying through the mountains—reckless.” Joanna’s idea of a romantic relationship was wrapped in “bubble tape.”

So how did these individuals with polar opposite approaches to life mesh?

You’d have to ask God because He clearly had a grand plan that could only arise from their partnership. Their marriage is truly an inspiration to all single people who have ever considered settling for someone who doesn’t quite inspire or challenge them in their faith. It is also a shining example for Christian couples who seek to find the delicate balance between challenging and supporting one another. Chip and Joanna Gaines walk this fine line so successfully that it is not just their homes featured on HGTV, but their remarkable marriage.

Chip and Joanna Gaines know one another so intimately that they bring out each other’s best. Chip honestly affirms, “She knows me in a way that has caused me to stop acting.” And Joanna explains, “If I didn’t have Chip Gaines in my life, I’d still be dreaming in my head—not acting out or living it out.”

Sure enough, it was only because of Chip’s prodding that Joanna agreed to pursue a contract with HGTV to air their successful house flipping business in homes across the nation. This difficult decision was a huge step out in faith—especially for a shy wallflower.

They attribute their success in life and in their marriage to God. Indeed, their understanding of God has grown due to their marriage. Joanna remarks, “God had a funny way of bringing me Chip to have this reality of how it is to follow Christ.” And because of Joanna, Chip’s view of God has changed from a chaotic, untamable God to a God of “order and structure and processes.”

Ecclesiastes 4: 9-10 teaches, “Two are better than one because they have a good return for their labor: If either of them falls down, one can help the other up.” Through their commitment to one another and their contradictory but complementary personalities, Chip and Joanna pave the way for other Christian couples to follow.