“You have a soul. Be careful with it”: Chris Pratt Delivers 9 Powerful Life Lessons After Winning Generation Award 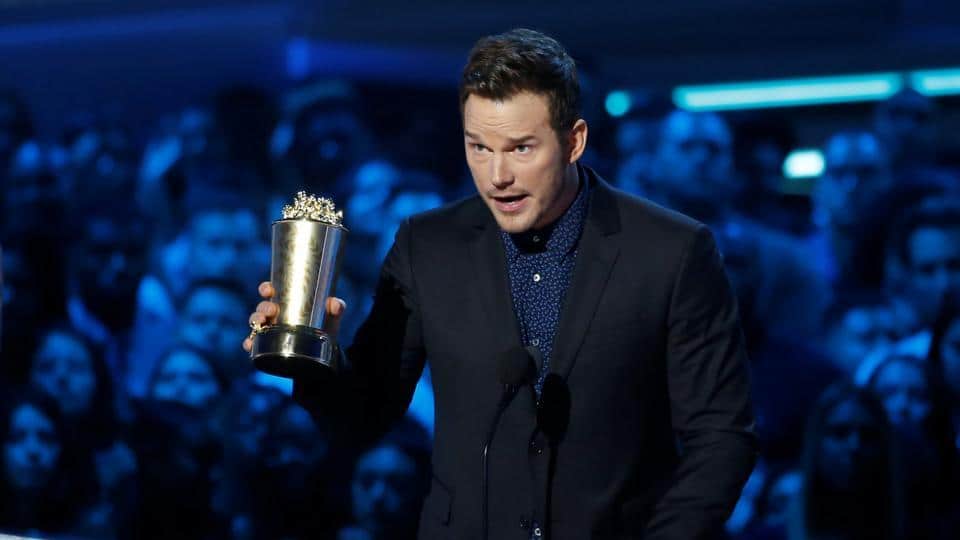 The ever approachable, always hilarious (and lately, very evangelistic) Christ Pratt won the Generation Award at MTV Movie & TV Awards yesterday. The recipient of this award is celebrated for his/her achievement in film. With the box office success of such movies as Guardians of the Galaxy Vol. 1 & 2, Jurassic World, and Avengers: Infinity War it’s easy to understand why he won the prestigious award. The “chubby guy from Parks and Rec” (His words, not ours; we’d never say that about you, Chris!) has become one of the biggest movie stars in the galaxy.

But his popularity really has to do with his off-stage character. Chris’ down-to-earth, self-effacing humor makes him relatable and oh-so-likable. Men like him, women like him, parents and kids actually agree on this one topic, and Christians really like him. Why? Chris unapologetically professes Christ as his savior and regularly uses his privilege and platform to point others to Jesus. And his 19.6M Instagram followers don’t seem put off by his faith-forwardness.

True to form, Chris took to the stage to accept his award and used the opportunity to boldly tell this generation what he knows to be intrinsic. He brilliantly mixed in some colorful jokes in his offbeat style – because a good comedian knows his audience – but his message came through: God is real and you need God.

Watch the video for the full “9 Rules From Chris Pratt”.

DISCLAIMER: Chris uses some language and humor that might not be suitable for or appreciated by everyone. Fans of Parks and Rec and fans of the Jesus who hung out with some rough types will not be offended.

Here are the best take-aways and some of our favorites from his speech, so in the words of Chris Pratt: LISTEN UP.

• “If you’re strong be a protector; if you’re smart be a humble influencer. Strength and intelligence can be weapons and do not wield them against the weak. That makes you a bully. Be bigger than that.”

• Reach out to someone in pain. Be of service. It feels good and it’s good for your soul

• God is real. God loves you. God wants the best for you. Believe that. I do.

• Learn to pray. It’s easy and its so good for your soul.

• Nobody’s is perfect. People are gonna tell you you’re perfect just he way you are. You’re not! You are imperfect. You always will be, BUT there’s a powerful force that designed you that way. And if you’re willing to accept that, you will have grace and Grace is a gift. And like the freedom that we enjoy in this country, that grace was paid for with somebody else’s blood. Do not forget it. Don’t take it for granted. God bless you.

So there you go, next generation. The cool kids are saying you need Jesus.

Thank you for your love of God and people, Chris Pratt. We pray you continue to be led and blessed by Him.