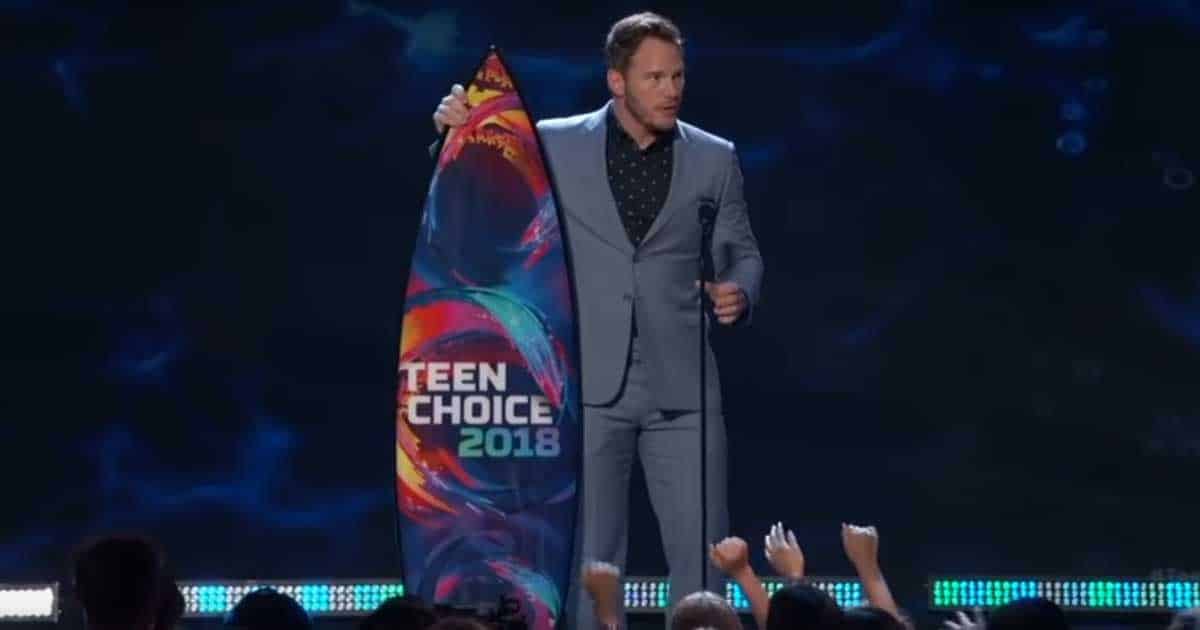 Chris Pratt is best known as a Hollywood actor.  However, it’s his boldness in sharing God in front of so many people that is truly inspiring.  He is already famous and already known in the entertainment industry, but he glorifies God above every success he has attained, as seen in this video from the 2018 Teen Choice Awards.

Chris, together with Bryce dallas Howard, were chosen to receive the Teen Choice award 2018  and during his speech, he gratefully thanked God for what he received:

“I want to thank God.  I always do that when I’m up on a big platform in front of a bunch of young faces.  I say ‘I love God.’ That’s my thing. I love Him and you should too.”

He also encouraged the young viewers to love God as well.  That was a very powerful statement from him.  His life is a wonderful blessing especially to the younger generation who needs the love of God badly.  It’s so amazing to see a Hollywood actor proclaiming the love of God and sharing it with the world.

Let’s pray for more bold Christians like him – children of God who are very willing to expose the love of God through their sphere of influence.