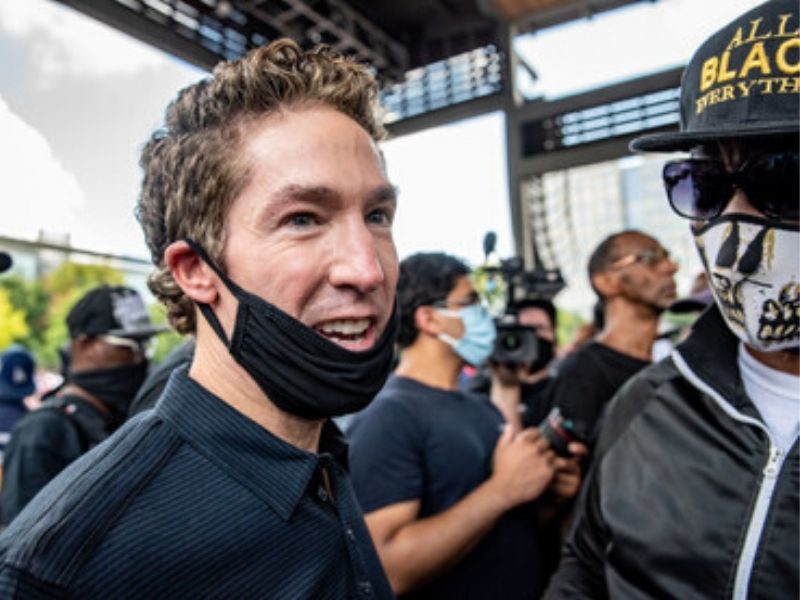 Many Christian artists, leaders and ministers joined the Blackout Tuesday, a movement to raise awareness against racism in America after the death of George Floyd.

According to Christian Post, the movement aims “to encourage individuals, organization and brands to only post messages on social media speaking out against racism toward black and brown people, and using a simple black background.”

Music industry professionals Jamila Thomas and Brianna Agyemang initiated the movement. They seek to halt the music industry for one day in protest against racial discrimination. Many Christian artists responded to the cause – Kari Jobe, Danny Gokey, Switchfoot and TobyMac to name a few. But their initiative extended beyond their industry.

With that said, black photos flooded Facebook, Twitter and Instagram with the hashtags #BlackoutTuesday and #BlackLivesMatter. Many posted a brief message meant to educate and encourage people on loving people regardless of color. Their peaceful denunciation of injustice dominated the social media, having millions of user joining the effort.

One influential Christian minister who joined was Paula White. On her Instagram account, she shared her discontent with her black photo background. She referenced Martin Luther King Jr. saying, “Injustice anywhere is a threat to justice everywhere.”

Furthermore, Osteen participated in a march in Houston last Tuesday against injustice and paying honors to George Floyd, whose hometown was in Houston. He said, “We’re all outraged but I think we can turn the anger into action, that we can do our part to love one another.”

The love of Jesus is the only antidote

Televangelist Joyce Meyer gave a piece of her own mind regarding injustice and racial discrimination. She went with a five-picture message for her Blackout Tuesday post.

“I have been crying out to God for unity. Period,” she wrote. “My heart is broken by the tragic senseless deaths of black Americans and the state of our nation. God created us all in His image equal and unconditionally loved. We must work diligently to love and value one another in the same way.”

“In the same way, and we must speak out against injustice,” she added. “Because of the abuse in my childhood. The poison that is anger, bitterness and hatred, nearly destroyed my own life. And I have learned that the love of Jesus is the only antidote. I am praying for our nation, and all of her people for healing, forgiveness, reconciliation and justice. God wants better for us whole overcome evil with good love conquers all.”

For just $100 per month you can bring the gospel to 10,000 homes. Join us as media missionaries! GIVE NOW
VIEW COMMENTS
« Finding Justice: God Hates Injustice And Violence Archaeologists Dig Up The Bible At Ancient City In Samaria: ‘This is Not Mythology’ »