BREAKING
Israel-led Team Solves Mystery Why Lightning Strikes Fewer Times Over The Ocean...
Tourism In The Holy Land Is Soaring Back Up To Pre-Pandemic Highs
Lapid Speaks Directly To Palestinians—Offers Them “Another Way” Out Of The Ongoing...
Home News SCOTUS Rules in Favor of Christian Baker Who Refused to Make Gay Wedding Cake 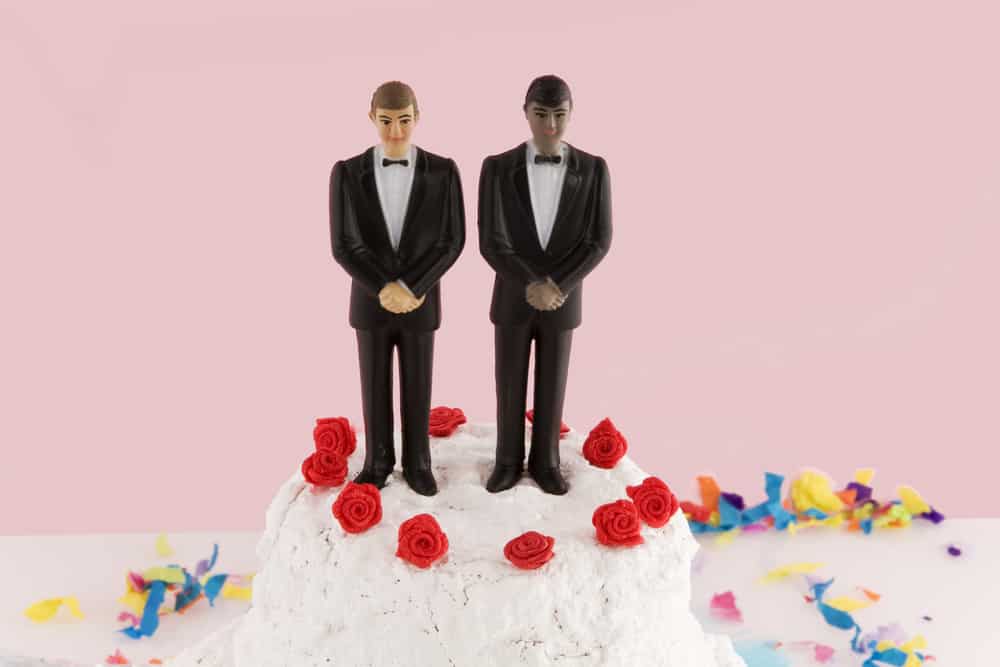 The Supreme Court has issued its ruling in the case of Masterpiece Cakeshop v. Colorado Civil Rights Commission, holding that “The government, consistent with the Constitution’s guarantee of free exercise, cannot impose regulations that are hostile to the religious beliefs of affected citizens and cannot act in a manner that passes judgment upon or presupposes the illegitimacy of religious beliefs and practices.”

Jack Phillips, owner of Masterpiece Cakeshop, refused to create a gay wedding cake because of his belief that “God’s intention for marriage from the beginning of history is that it is and should be the union of one man and one woman.”

A discrimination complaint was filed against Phillips. The case was referred to the Colorado Civil Rights Commission, which conducted a formal hearing during which commissioners disparaged Phillips’ faith as “one of the most despicable pieces of rhetoric that people can use.” One commissioner compared Phillips’ appeal to his sincerely held religious beliefs to the defense of slavery and the Holocaust. None of the commissioners objected to this openly hostile characterization of Phillips’ faith.

The Supreme Court found that Phillips’ right to “a neutral and respectful consideration of his claims” was compromised by the Commission’s “impermissible hostility toward the sincere religious beliefs motivating his objection.”

The Court held that the Commission’s treatment of Phillips “violated the State’s duty under the First Amendment not to base laws or regulations on hostility to a religion or religious viewpoint.” Justice Kennedy, writing for the Court, said “this means the Commission was obliged under the Free Exercise Clause to proceed in a manner neutral toward and tolerant of Phillips’ religious beliefs.”

Life Legal submitted an amicus brief in the case on behalf of the American College of Pediatricians and other pro-life health professionals. After all, if Colorado could destroy a baker’s business because he chooses not to create a product that expresses the state’s sentiment on a controversial issue, what is to stop a state from forcing any professional to violate his or her deeply held belief in furtherance of the state’s viewpoint?

Case not just about a wedding cake

“Life Legal is pleased with today’s ruling, which erects a bulwark against the imposition of regulations that are hostile to freedom of religious expression and prohibits the government from passing judgment upon the sincerely held religious beliefs and practices of its citizens,” said Life Legal Defense Foundation Executive Director Alexandra Snyder. “Unfortunately, the Court did not address the full panoply of First Amendment liberties at stake, leaving open the question of whether free speech rights of professionals who disagree with a state’s view on same-sex marriage will be protected in the future.”

Justice Clarence Thomas, in his dissent, notes that Jack Phillips’ activity is expressive and thus protected by the First Amendment’s guarantee of protection for speech. As a result, the Court should have applied the highest level of scrutiny to Colorado’s public accommodation law, which compelled Phillips to tout the state’s message affirming same-sex marriage or face draconian civil penalties and risk losing his business.

In effect, Justice Kennedy kicked the free speech can down the road, stating that similar cases in other circumstances “must await further elaboration in the courts.”