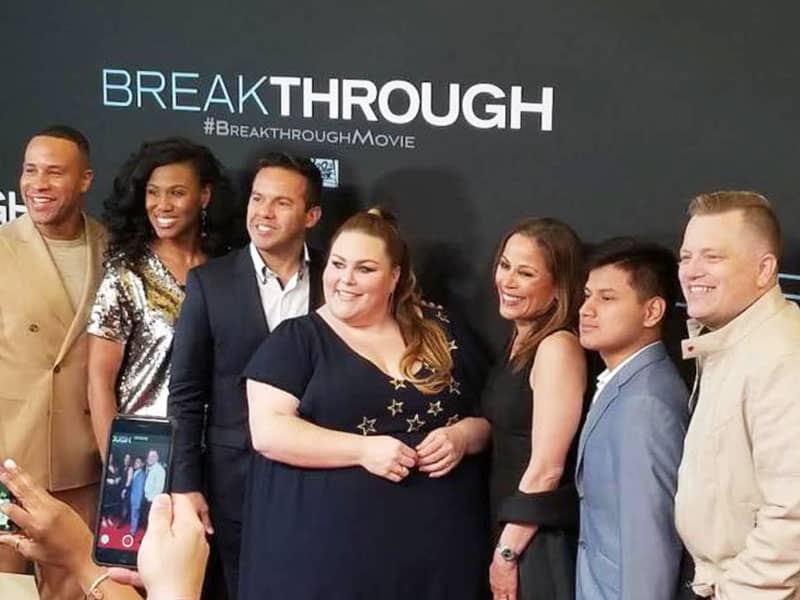 The Oscars nominated the Christian film “Breakthrough” for its original song “I’m Standing With You” on Monday. Faith-based contents are rarely recognized at the Oscars.

“Congratulations, @warren_diane on your 11th Oscar Nomination for Best Song!” Metz wrote on Instagram after learning about the nomination. “Thank you, @devonfranklin for putting us together and making dreams come true! And a HUGE thank you to @theacademy for this incredible honor!”

Chrissy Metz was the actress and singer who performed the emotional song “I’m Standing With You. And Diane Warren, the award-winning songwriter, wrote the song nominated for Best Original Song.

He wrote on Twitter, “@breakthroughmovie got an Oscar nomination!!! For best song for ‘I’m Standing With You!’ Huge congrats to the one and only @warren_diane and @chrissymetz.”

The Story Behind Breakthrough

“Breakthrough” is based on a true miraculous story. It tells the story of Joyce Smith who trusted the power of the Holy Spirit to raise her son from the dead after a drowning accident in an icy pond.

The doctors gave up resuscitating her son John. They pronounced him dead. As Joyce sat with her son’s body she asked the Lord to breathe life back into him. Her faith was rewarded. John suddenly and miraculously came back from the dead.

As a result, the blockbuster hit Christian film earned  $14.6 million in 2,824 theaters after its opening weekend. And it also topped the Christian hits “God’s Not Dead” and “Fireproof.” Overall, the film’s gross reached $50.4 million at the box office, according to The Christian Post.

“Chrissy Metz is simply tapped into America’s emotional conscience. Music was her first love and no matter if she’s singing, acting, writing or just being, she’s always real, powerful and fully connected with her audience. I can’t wait to put her musical story into the world. And I’m so inspired to bring her into the Universal Music Group Nashville family,” said UMG Nashville President Cindy Mabe in an interview with Deadline on Monday.

Also, the faith-based films “Harriet” and “A Beautiful Day in the Neighborhood” received Oscar nominations this week.