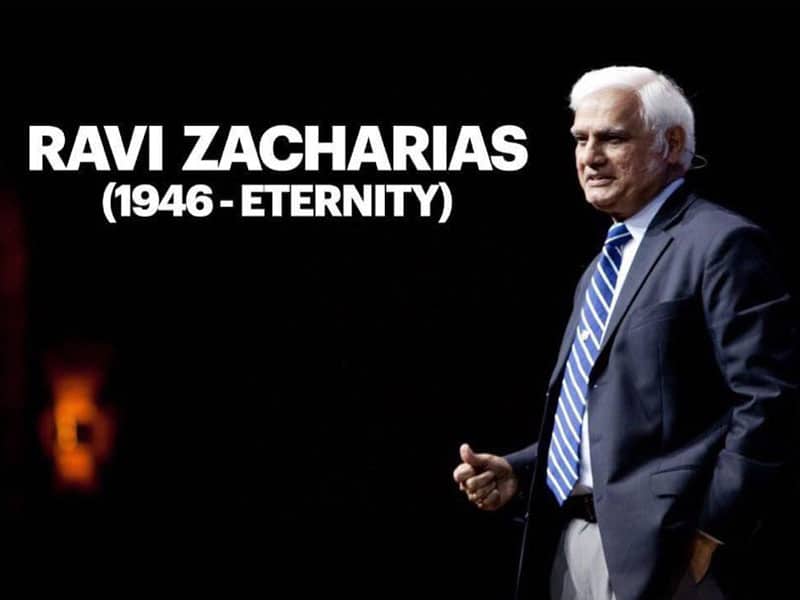 Some of the well-known Christian leaders worldwide honored Christian apologist Ravi Zacharias who died Tuesday morning due to cancer.

On Tuesday, the Ravi Zacharias International Ministries announced the passing of the 74-year-old Christian defender. His daughter Sarah Davis wrote and entitled the post, “Ravi Zacharias, Now With Jesus.”

“It was his Savior, Jesus Christ, that my dad always wanted most to talk about. Even in his final days, until he lacked the energy and breath to speak, he turned every conversation to Jesus and what the Lord had done,” she stated. 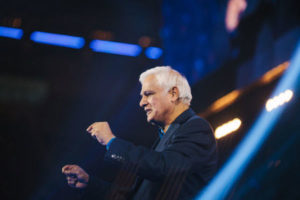 After the news of Ravi’s death spread, Christians worldwide shared messages of gratitude for the highly esteemed defender of the faith. Of course, well-known Christian leaders who looked up to him, shared their heartfelt message as well.

He wrote, “one of the great Christian apologists of our time, has stepped into the streets of glory and into the presence of the King of kings and Lord of lords. Don’t feel sorry for Ravi–his fight with cancer is over, and he has placed his crowns at the feet of the One who deserves all glory and honor.”

The evangelist encouraged others to give their lives to Jesus as well.

Further, he added, “For those who have put their faith in Jesus Christ, we will see him again on the other side of the river.. Ravi will be greatly missed—join me in praying for his family and loved ones in their loss.”

“Well Done,” he wrote on Instagram. “Ravi Zacharias was a hero, mentor, and personal friend. He was a giant in the faith, giving Christians around the world confidence in their beliefs, while challenging the world to consider the exclusive claims of Jesus. Ravi opened doors for me, shared our stage at @pulse.movement and @together.generation events, and spoke into my life in ways that I will never forget. He has left an incredible legacy of young evangelists and apologists through @rzimhq and beyond.”

“Ravi was faithful until the end. While we mourn his passing, and pray for sweet Margie, and their dear family, we know that all of heaven rejoices, and that an entire generation is ready to pick up the torch as a result of his legacy,” he added.

Moreover, Nick announced that he will be hosting an event called ‘Make Jesus Known’ on Saturday to honor Ravi.

“I can’t think of a better way to honor Ravi than to continue equipping a generation to follow his lead. I love you Ravi — thank you for changing my life,” he concluded.

Other Christian Leaders Who Paid Tribute

Christian athlete Tim Tebow tweeted, “To my friend, my mentor and a great hero of the faith @RaviZacharias — Thank you.”

Popular Christian rapper Lecrae took to Instagram his tribute to the apologist too. He said, “This morning the world lost a husband, father, leader, and friend. You are seeing wonders we can only imagine. You are in the presence of glory we can’t comprehend. Your legacy on earth continues.”

Gospel pioneer Kirk Franklin shared a photo with Ravi along with a message saying, “Today one of my heroes left his earthly tent to be with the living word. We will miss this genius of a man…Well Done sir.”

Christian singer Crowder quoted some of Ravi’s words as part of his tribute.

Good Shepherd Church of India Archbishop Joseph D’Souza extended his condolences of Ravi’s passing. He wrote in a message shared with The Christian Post,

“I have received the news of Ravi’s passing away with great sadness. The last few weeks I have been following his retweets on how his life blessed so many and how his teaching strengthened countless disciples of Jesus across the nation.”

“Ravi’s passing is not just a loss for the global Christian community. India also has lost a great son and a great Christian apologist. We were proud of his life and work,” he added. “Ravi died as he lived by focusing on Jesus the Savior and Lord. His family is in our prayers and we trust that the Lord will comfort them.”

Free Chapel pastor, Jentezen Franklin said in a statement: “Ravi Zacharias resurrected the faith of many doubters and illuminated the truth for many skeptics. He articulated the validity of the Christian faith better than anyone I know. His loss is a loss for the entire world. I am grieving with his family and his ministry today.”

The Case for Christ author and former atheist Lee Strobel tweeted, “If you ever met Ravi, read one of his books or heard him speak, he undoubtedly impacted your life. He was challenging & encouraging at the same time. Wisdom, compassion, grace. A rare gift. Thank you, Ravi. Looking forward to seeing you on the other side.”

Harvest Christian Fellowship Pastor Greg Laurie also wrote on Twitter: “We lost a real treasure and champion of the faith today. @RaviZacharias has gone to Heaven. Ravi was scheduled to speak at our Church this month, but that was [not] meant to be. Thank God for the thousands of lives he touched.”

“A friend gave me a book by @ravizacharias and I literally could not put it down. He continued to help frame, form and shape my thinking on apologetics and evangelism for over two decades.” She added, “He was so kind, compassionate, loving, brilliant, humble, passionate and gracious. He ran his race with courage, dignity and strength — and finished his course.” Then she concluded, “He is now home. #thankyouravi.”

National Hispanic Christian Leadership Conference President Rev. Samuel Rodriguez, wrote on Twitter: “Ravi Zacharias, a teacher of truth, a preacher of hope, a builder of wisdom, an equipper of faith, a disciple of grace, a follower of Christ, a friend of God; a true world changer. Ravi inspired me, his intellect matched his heart, both extraordinarily blessed. I will miss you my friend. Thank you for changing me. Thank you for changing the world. #ravizacharias”

Museum Of The Bible CEO

CEO of the Museum of the Bible in Washington, D.C., Harry Hargrave, likewise told CP in a statement about Ravi’s passing:

“Museum of the Bible is saddened by the death of renowned Bible scholar and Christian apologist Ravi Zacharias. For close to 50 years, Zacharias traveled the world sharing his love for and knowledge of the Bible. He was a gifted and passionate communicator with the unique ability to engage academics and laypeople alike. Though he will be dearly missed, his legacy lives on in the 25 books he wrote and edited, the international ministry he founded and the lives he impacted.”

And many more Christian leaders extended their heartfelt message for Ravi’s passing.