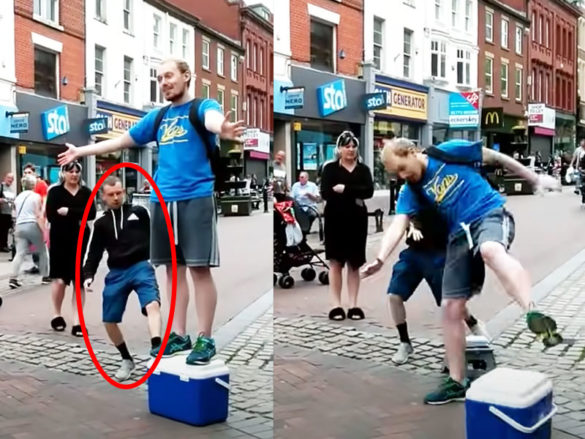 A Christian evangelist preached Jesus in the street in Preston, England. He was mocked, and some tried to push him off to make him fall. But an amazing thing happened in the end.

The world needs Jesus. As believers of Christ, we clearly know this truth. That’s why even when the world mocks us sometimes, we keep standing firm in our faith. We keep loving others and share the Gospel with unbelievers regardless of their unlikely response. We will never stop until everyone knows that Jesus is Lord. And that’s exactly what one street preacher in England did.

Christian evangelist Joe Kirby boldly preached the Gospel to the public on one of the streets in Preston, England. Many people listened as one atheist lady challenged his message. The atheist apparently argued that “religion causes war.” And as the evangelist shared the truth in a loud voice, many people listened to him.

Pushed Off The Box By A Man

Joe then explained Jesus’ teaching on how to deal with our enemies, and that is to love them.

“If all the people… took Jesus’ words and said love your enemies, we’d have no wars,” he boldly declared. 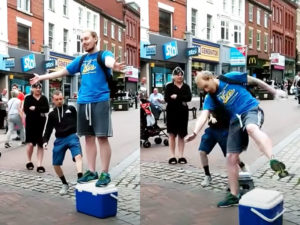 And while Joe and the atheist lady continued their conversation, two men walked toward them. Then one of the guys hardly kicked the box the preacher was standing on, and he almost fell to the ground. But instead of getting mad at what the man just did, Joe simply stood and ignored the mockers. He then continued preaching.

But later on, the evangelist used such unjust treatment as an example to further highlight his message.

“If there’s no such thing as God… why do people want to stop this message?” he added. “I’m telling you good news that Jesus died on you because He loves you. And He could give you eternal life.”

Despite the mockery Joe experienced, you could see the Holy Spirit working. Because as he gave out free Bibles, several people came near to have one, including a Muslim passerby.

They MOCK The Preacher *until this happens*