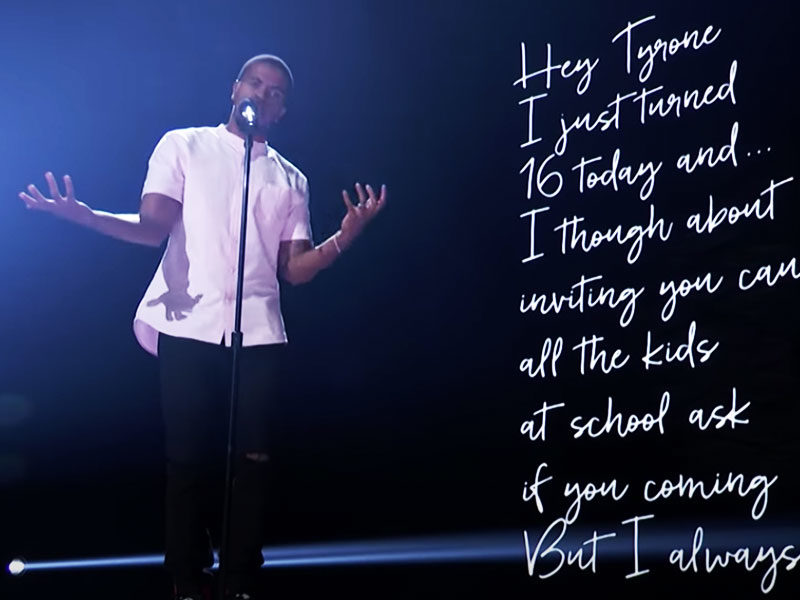 A Christian contender in the recent season of America’s Got Talent delivered a heart-wrenching spoken-word poem he wrote for his absent dad.

Brandon Leake is a Spoken Word Poet from Stockton, California. He got Howie Mandel’s Golden Buzzer on America’s Got Talent after he moved the judges with his spoken word for his late sister. And he is the first poet ever to get the golden buzzer!

Moreover, during Brandon’s quarterfinal performance, he moved everyone to tears again after reciting a spoken word he wrote about his mother and racial injustice.

A Series Of Poem For His Long-Absent Father

And now, he did it again as he delivers the spoken word poem he wrote for his long-absent father on Tuesday night. Brandon recited a heart-wrenching series of letters expressing his affection, plea, and rage as he grew up without his dad.

He spoke as if was speaking to his dad at age five, ten, and sixteen. And when he spoke at twenty-five years old, he said,

“For 25 years I cried into the pillow sheets wondering why you left me. Wondering what I could have done to have earned your love or how I pushed you so far away. Your absence like a flame found a home in the kindling of my insecurities and my mind became a wildfire. And as I ascended in age, my soul turned to rage because I wanted to move on but I simply couldn’t turn the page. Or I didn’t want to because somehow being angry with you still made me feel close to you…”

Then the award-winning spoken word poet concluded the poem with forgiveness. Highlighting that he has laid down everything to Christ so he could honestly tell his father, “I forgive you” and “I love you.”

Well, who wouldn’t? It was truly moving!

For just $100 per month you can bring the gospel to 10,000 homes. Join us as media missionaries! GIVE NOW
VIEW COMMENTS
« Israeli Emergency Org Launches CPR Course For Women In Arab Town Of Deir Al Asad Gangsters Join Crusade To Kill But They Surrender To Christ Instead »