BREAKING
Israel-led Team Solves Mystery Why Lightning Strikes Fewer Times Over The Ocean...
Tourism In The Holy Land Is Soaring Back Up To Pre-Pandemic Highs
Lapid Speaks Directly To Palestinians—Offers Them “Another Way” Out Of The Ongoing...
Home Music Christian Songs Rock ‘The Voice 2018’ Stage With Worshipful Performances—Is This A Sign Of Revival?

Christian Songs Rock ‘The Voice 2018’ Stage With Worshipful Performances—Is This A Sign Of Revival? 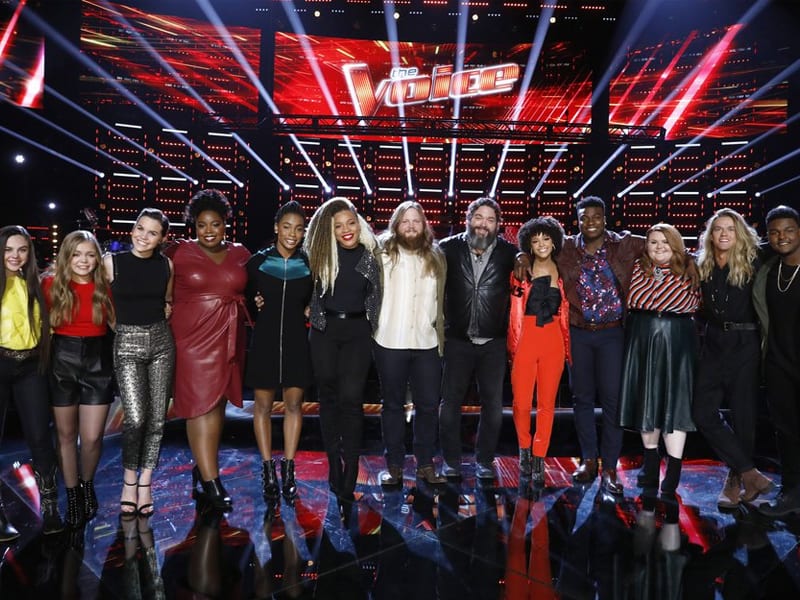 The Voice 2018 (USA) has narrowed down its long list of talented hopefuls to 10 contestants and as they continue with the LIVE Shows, more and more Christian songs are rocking the stage, with worshipful performances!

The Voice 2018 Season 15 features five stages of competition: it began with the Blind Auditions, then the Battle Rounds, Knockouts and Playoffs, and finally, the Live Performances.

During the Blind Auditions, a Christian song dominated the stage with Kirk Jay’s performance of Rascal Flatts’ ‘Bless the Broken Road.’ He was able to wow the judges and the audience with his soulful rendition of the song. So, a four-chair-turner performance of a Christian song ignited the start of Season 15. After a few discussions with the coaches, Kirk decided to be with Blake Shelton’s Team.

Memphis teenager Reagan Strange from team Adam closed the LIVE Top 13 Eliminations by performing Lauren Daigle’s empowering ‘You Say.’ The song is in first place on the Hot Christian Songs Chart (from July 2018 up until today). Viewers have commented on how they feel like Reagan is worshipping as she is performing. Such a powerful performance from a young girl!

On the Live Top 11 Eliminations, a contestant from team Kelly, Kymberli Joye, amazed coaches and viewers around the world with her spirit-filled rendition of Tasha Cobbs’s ‘Break Every Chain.’ Kymberli is a worship leader and minister who sings in the choir at her church, where her parents are pastors, and has consistently stood out ever since her blind audition. During her performance, she had the coaches on their feet, and the audience went wild.

Now, everyone is noticing how Christian songs have been dominating The Voice, and there’s still another bold worship leader. On Tuesday night, Team Adam’s DeAndre Nico stunned everyone with his powerful performance. The 23-year-old worship leader from Texas had a face-off with Lynnea Moorer in the Live Top 11 Eliminations. Both sang for the Instant Save portion, fighting for the Top 10 spot. He sang the Gospel song, ‘Take Me to the King’ that ultimately beat off Lynnea’s ‘Tattooed Heart.’ Although DeAndre felt the high-pressure situation, he didn’t let it get to him.

DeAndre is the co-founder of the God Chasers Generation music ministry, which has allowed him to travel across the nation sharing his faith in God. He also leads the praise and worship for his ministry.

As Season 15 of The Voice continues and the competition comes to a crescendo, it seems there will be many more Christian Songs and worshipful performances.  With all these Christians rising up on national television to proclaim the goodness of the Lord, could this mean something: a start of Revival?

This article was written by Rhoda Gayle Cabrera