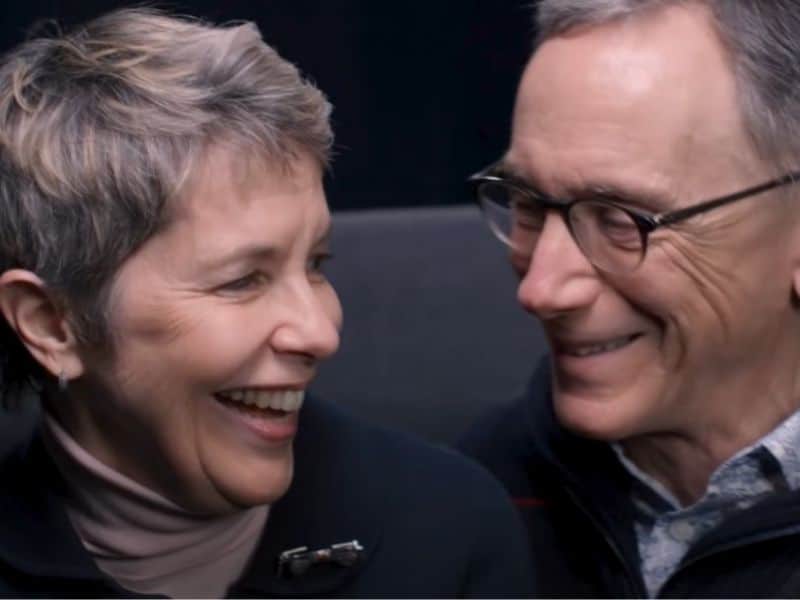 A Jewish husband met his Christian wife on an unlikely trip. She challenged him to discover the truth of his God personally and Yeshua, the promised Messiah of Israel.

Danny grew up in a loving and traditional Jewish family. His Jewish identity meant so much to him.

Years after graduating from college, he decided to pursue his lifelong passion – skiing. So, he moved to Aspen, Colorado, to enjoy his dream.

During his second season of skiing, he met a young Christian woman. He recalled her as the “most curious person I have ever met in my life.” As she talked to him about her faith, she also engaged him in discussions about his relationship with God and his faith. “Do you believe in God? What’s He like? Is He personal? Does He wanna have a relationship with you?” These are just some of the questions she asked him.

But the more she questioned him about his knowledge of God, the more Danny became upset. She came across to him as narrow-minded and dogmatic.

So, one day, he finally decided to read the Bible for himself.

He found out that the Christian woman’s God was the same as the Jews. And the more he read on, the more he was led to a personal relationship with God. And so he prayed, “God, if Jesus is the Messiah, and You want me to put my faith in Him, then I’m willing to do that; but only if it’s true.”

But, Danny hesitated because he might experience rejection from his family and friends. Then, God spoke to him, “Danny, that’s right, the choice is between following Me and following everything and everyone else.”

By the end of the summer, the woman came back to Aspen with a gift for Danny. She gave him a book titled, “What’s A Nice Jewish Boy Like You Doing in a Southern Baptist Church?” The book answered all of his questions and helped him finally pick up the Bible and read the New Testament for himself.

It broke his misconceptions about Jesus as he learned that Jesus was a Jewish man addressing the world’s issues in a Jewish way. It brought him to believe that Jesus was the Messiah.

Soon, he took courage and told his family about his newfound faith, which they didn’t take well. But, by the grace of God, Danny was able to lead his 86-year-old mother to Jesus.

A Jewish boy challenged by a Christian Girl