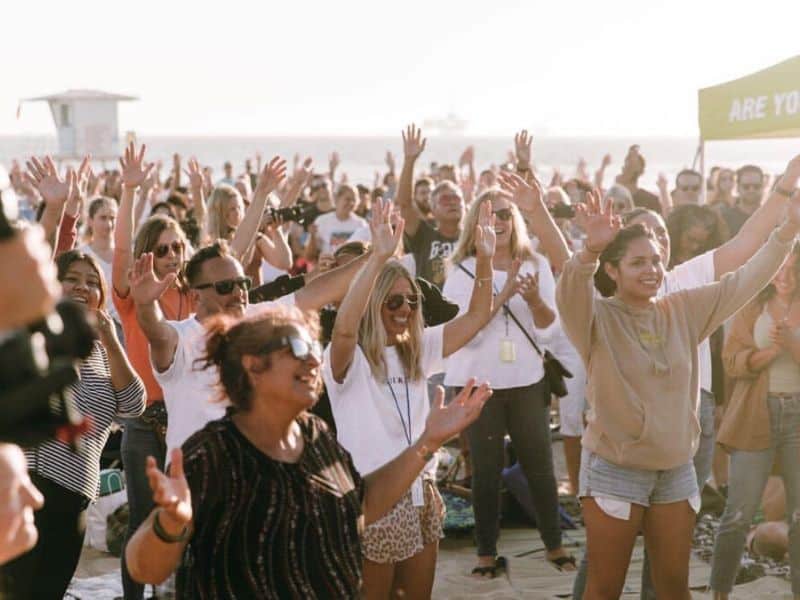 Christians in California gathered in protest against the state’s order of “discontinuing singing in places of worship”.

Sean Feucht is the founder of grassroots global worship, prayer and missions organization, Burn 24/7. Lately, he has been vocal and speaking out against the “unlawful censorship and discrimination” Christians and worshipers have experienced in California.

On July 3rd, the state temporarily banned singing and chanting in places of worship for the reason of preventing increase transmission of the coronavirus. However, faith leaders across the state are taking a stand against the order.

Feucht regards the mandate as hypocrisy. He said, “For the last several weeks, tens of thousands of people have been gathering outdoors in cities all across California. And they have been screaming and chanting and protesting. And all the while state officials are encouraging them as they do this.”

He continued, “And then now, as the church wants to gather just like we’ve been doing for thousands of years to simply worship God, they bring the hammer down against us. It’s just, can you see the hypocrisy and how insane this is? … It really is time that we take a stand and that we fight back.”

With that said, Feucht invites every Christian to sign the petition “Let Us Worship”. It aims to voice out and “tell our government leaders and the rulers of big tech that we refuse to be silenced!”

This past weekend, Feucht and a thousand Christians assembled at the Golden Gate Bridge in San Francisco and afterwards at Huntington Beach in Orange County. He announced on his Facebook page, “We won’t stop singing until CALIFORNIA looks like heaven” with the hashtags #LETUSWORSHIP and #CantStopTheSong.

Over 300 joined with him at the Golden Gate Bridge while 1,000 came to Huntington Beach. They worshiped, listened to preaching and worshiped more.

Feucht sees the event as an awakening after salvations, healings and baptisms happened.

Their rally will continue as they hold another Worship Conference at Washington Square Park, NY this coming July 18.