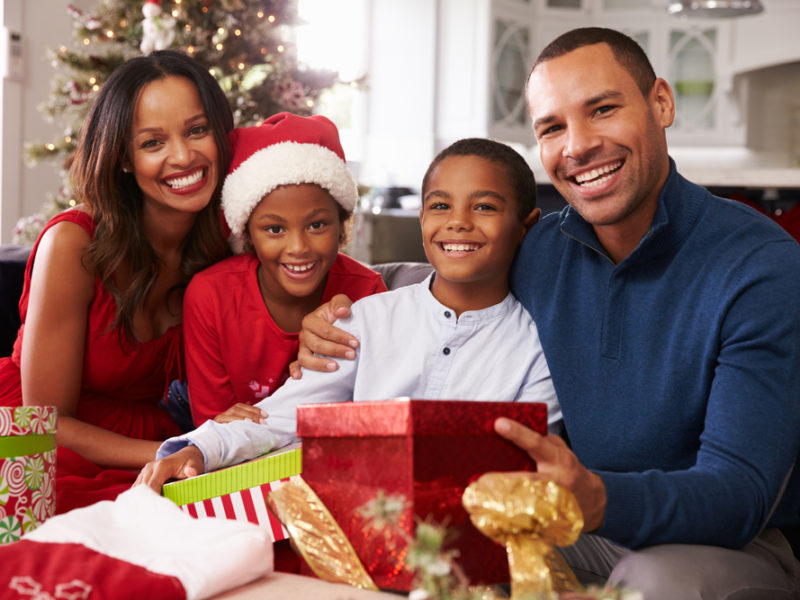 A lady told her husband that she had dreamed that he had bought her a diamond necklace for Christmas! The husband responded positively to her dream by bringing her a beautifully wrapped gift. As she eagerly tore open the wrapping to see her diamond necklace, all she found was a little book. It was titled, How To Interpret Your Dreams!

Christmas is a difficult period for a lot of people, as they look back over the year, they may see many dreams that have not been fulfilled. The present time might also bring difficulties. It may be discouraging, with shortages of finances and food, and other difficulties such as a death in the family. It is well known that a lot of people go through depression in December and some even commit suicide. They lost hope because the celebratory Christmas spirit around them somehow seems to have eluded them. Country legend Merle Haggard sings, “If we make it through December, everything is gonna be alright I know.” The song speaks about a father who has just lost his job at the factory and he’s wondering how he can make Christmas special for his little daughter.

David Wilkerson once said, “Never underestimate the power of a dream.” As I was studying the Christmas story in the scriptures, it struck me how many times, dreams and visions are mentioned around this great event. I would like to share four types of dreams God gave around the time of our Lord’s birth and His early days. I believe He can minister to you in one or more of these areas:

1) A dream of assurance:

When Joseph received the news of Mary’s pregnancy, he must have been a shattered man! He also must have felt deeply rejected by the love of his life. His world was turned upside down! But, in his moment of despair, God gave him a dream of assurance (Matthew 1:20). An angel appeared in a dream and said “Joseph …, do not be afraid to take Mary home as your wife…”. As a result, Joseph went from the scenario of a possible separation, to being the earthly father of the Messiah!

Luke tells us that not only Joseph, but Mary also received a prophetic assurance through Elizabeth (See Luke 1:42).

Maybe you are facing Christmas, feeling shattered or rejected, due to prevailing circumstances in your life. Be encouraged to know that, as He did for Joseph, God can give you, “A dream of assurance” this Christmas.

In 2013, my world was shattered overnight when I noticed something was wrong with my vision. Upon checking it out, I found that the retina on my left eye had detached and that the vision on that eye was at its lowest. A surgeon I consulted told me that I needed immediate surgery and as I prepared for the surgery with a lot of concern, God gave me assurance that He would bring me through. It came through the following lyrics of the well loved song “In Christ Alone”:

“From life’s first cry to final breath, Jesus commands my destiny, No power of hell, no scheme of man, can ever pluck me from His hand”

Thankfully, through God’s unfailing grace and power and the skill of the surgeon, I came through the crisis. I’m doing well, six years later, with most of my vision restored. God has a dream of assurance for you.

2) A dream of warning

Some of us might need a warning from the Lord during the season. Maybe we are thinking of making a poor decision, or the path we are taking is going to be detrimental. Or could it be that He’s warning us about a sin that can cause damage to us and our family? Have you heard the saying: “If God bolts a door, don’t try to jump in through a window”? He may well be telling you to go another way. As much as the GPS in your vehicle re-routes you when you take a wrong turn, could God be re-routing the direction you are traveling in. If so, be sensitive to the voice of the Holy Spirit.

Many years ago, I read in a magazine about a young lady who had placed herself in a tempting situation on Christmas eve.  Her decision could have led to sin. It just so happened that there was a church down the adjoining lane and the Pastor had insisted that the cross in the church be lit up every evening. As this young lady was facing this temptation, the light on the cross was suddenly switched on, and as the light cut through the night mist and illuminated the cross, she realized that God was sending her a warning. She got out of that situation really quickly and saved herself from what could have been a bad decision.

Is God giving you a dream of warning this Christmas season?

Everyone needs guidance, not only during the Christmas season, but also to face the New Year that is fast approaching. We need guidance as individuals, as families and even as churches and ministries. Let’s remember that guidance, through dreams, was very much a part of the Christmas story and the events that followed!

Like Joseph, for those who may feel that God’s guidance has maybe taken you through some rough paths, it’s good to remind ourselves that, “If God takes us on stony paths, He will give us strong shoes!”

Apparently, when Lewis Redner was asked to compose a melody for “O Little Town of Bethlehem”, for a church program, no inspiration came to him. However, on the night before the event, he had what seemed like a dream. He mentioned, “I was roused out of my sleep, late in the night, by an angelic strain whispering in my ear.” Lewis Redner awoke immediately and wrote down the melody line he had heard in his dream and the rest is history! He called it “a gift from heaven”.

God wants to give you a dream of guidance at Christmastime. Part of that guidance may involve being a blessing to others during the season.

4) A dream (vision) of the miraculous:

Two miraculous births happened around the same time. One began with the announcement of the pregnancy of Elizabeth (See Luke 1:13), who was barren and old (See Luke 1:7). The news came through an angelic visitation and it led to the birth of John. The other of course, was the miraculous birth of the Lord Jesus, also revealed through an angelic visitation (See Luke 1:26-35)! In both instances, God did the impossible for “Nothing is impossible with God!” (Luke 1;37)

So many people are in need of a miraculous touch from the Lord. Let’s lift them up to the Lord in prayer at Christmastime, knowing that we too can experience the same.

Let’s also not forget that the birth of the Lord Jesus was also a miraculous gift from God for the sins of the entire world. Truly, “No gift is more needed by a dying world than a life-giving Savior!”

So, trust God for a dream of the miraculous this Christmas season.

In closing, let me encourage you to look to the Lord for one or more of these dreams during December. It may be a dream of assurance, a dream of warning, a dream of guidance or a dream of the miraculous. As God reveals himself to you, be sure to move according to His Word.

Have a blessed Christmas!

For just $100 per month you can bring the gospel to 10,000 homes. Join us as media missionaries! GIVE NOW
VIEW COMMENTS
« Woman Shares How She Found Joy After Losing 9 Family Members in Christmas Eve Massacre Christmas – The Time We Celebrate The Birth Of Santa Claus Or Jesus Christ? »