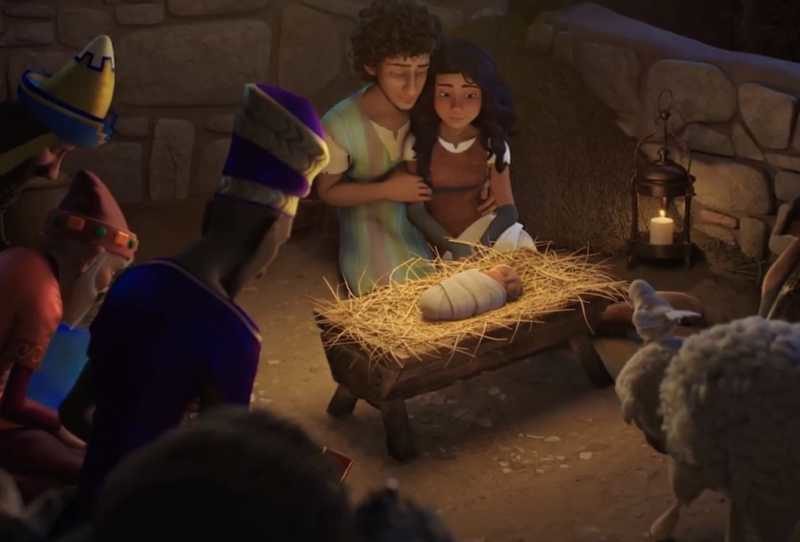 New Take on the Christmas Story

The Christmas Story? Animated? From the animals’ perspective? This holiday season, Hollywood is defying all expectations, offering up a whole new take on the Christmas Story. With a release date of November 10, “The Star” looks to be a captivating and hilariously entertaining movie with a message.

This week, Sony Pictures Animation released a teaser trailer for “The Star,” and it did not disappoint. This highly-anticipated film features Jesus’s birth from the perspective of the animals that witnessed it. This story-telling method might just spark new interest in – and, dare I say, faith in – the Son of God, as old and young alike re-encounter this well-known biblical story from an entirely new point of view.

The storyline revolves around Bo – a donkey who longs for a life beyond the mill. Fortunately, he escapes and follows a star in the sky to become an accidental hero in the birth of Jesus Christ. Through his eyes, you see the traditional nativity story – in a not-so-traditional way.

According to Executive producer DeVon Franklin, who also directed Miracles from Heaven, Bo’s unsettling feeling that there has to be something more – as well as his quest to find it – can be easily applied to viewers’ own lives. “We all have a destiny, a calling, or a purpose … [often] we don’t realize how it is all working towards it. That’s what’s kind of great about Bo’s journey,” Franklin commented.

Franklin hopes that the audience walks out of the theater feeling “hopeful” and “purposeful.” If a donkey named Bo can find his purpose, than so can they.

From Bible to Big Screen

Director Tim Reckart admits that adapting a Biblical story to the big screen was not an easy undertaking. “We wanted to be as good as the field is. The difficulty in dealing with a scriptural thing is finding a way to get a solid three-act structure, an emotional through line, and comedy and adventure that may not necessarily be there in the Biblical story, without tampering with the Biblical story.”

It is comforting that Reckart strove to maintain the structural integrity of Jesus’s birth story. Indeed, the movie includes well-known elements of the Christmas story, such as the census, Joseph’s initial hesitation, and the wisemen. Franklin added, “‘The Star’ captures the genesis of the Christmas season .. and so much of our faith.”

When asked what obstacles he faced when creating a faith-based film in secular Hollywood, Franklin responded, “You’ve just got to be clear of intention about what you’re really aspiring to do and own that. I think that Hollywood is, to a degree, democratic. At the end of the day, it’s an industry.”

And as an industry, Hollywood wants rave reviews. Franklin believes these are just around the corner for “The Star,” which features big names like Oprah Winfrey, Kelly Clarkson, Tyler Perry, and Tracy Morgan.

With high hopes for the movie, Franklin promised: “The entire family will laugh and be inspired as they experience the power of faith, friends, and courage through the eyes of these brave, heroic animals.” He added, “Having the animals involved gives you some space to infuse creativity.”

This Christmas season, perhaps what our wary and disgruntled culture needs most of all is a refreshing and creative take on this often-told story.

Perhaps “The Star” will point children and parents alike to the one true star – Jesus Christ.

For just $100 per month you can bring the gospel to 10,000 homes. Join us as media missionaries! GIVE NOW
VIEW COMMENTS
« Dying Muslim Man Accepts Christ and Is Miraculously Healed Who Are God’s Generals and Why Have Some Failed? »