All of us at GOD TV send our sincere condolences to the family of Chuck Missler and his ministry, Koinonia House, following his death in New Zealand. We thank God for his life and for the way he impacted our viewers worldwide.

Chuck had an extraordinary teaching gift, with a unique ability to teach God’s Word, verse by verse. Over the years we aired his programming on Genesis, Revelation, Daniel and many other Bible books as well as his highly popular series, Learn the Bible in 24 Hours. These will never lose their impact.

The Church has lost one of its most prolific Bible teachers with Chuck Missler’s passing, but his messages will continue to impact new generations.

Born, Charles W. Missler on May 28, 1934, in Illinois, USA Chuck died on May 1, 2018, in Reporoa, New Zealand. According to Koinonia House, he is survived by his two daughters Lisa and Meshell and several grandchildren. His wife Nancy passed away in 2015. The couple also had two sons, Charles and Mark, who are also deceased.

Koinonia House, now led by Ron Matsen will continue Chuck’s far-reaching vision to facilitate serious study of the Scriptures. What a legacy he leaves. The Church has lost one of it most prolific Bible teachers with Chuck’s passing, but his messages will continue to make a huge impact.

For those who’ve listened to Chuck’s ’66/40 Series,’ you will remember it’s catchy introduction: “It is sixty-six books written by forty authors, written between 1446 BC and 90 AD, an integrated message system from outside our time and space domain.” An engineer by profession Chuck had the ability to appeal to a wide audience and reached everyone from scientists to those who love to study the End Times. 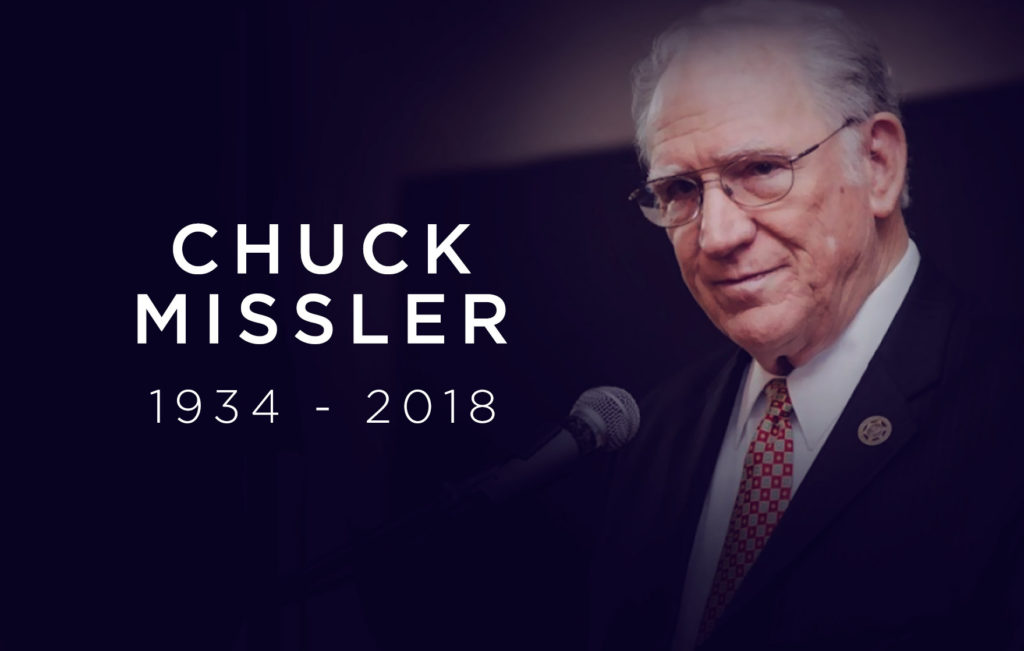 Chuck Missler – A Great Love for the Bible

First and foremost, Chuck revered God’s Word. He said “the Bible bears evidence of supernatural engineering in every detail,” and he would expound Biblical truths in a way that captured the attention of even hardened sceptics.  “I was a sceptic until I was 17, but when I listened to Chuck Missler’s Learn the Bible in 24 Hours I knew that the Bible was the infallible word of God,” said Brandon on social media. ” I was a sceptic, now I’m a believer!”

Chuck was also often quoted as saying, “The Bible is the only book that hangs its entire credibility on its ability to write history in advance, without error.” As he taught in meetings in many different countries, on podcasts, through video and on TV many, many came to this same conclusion. “Dr Chuck Missler showed me how to scientifically prove the Bible’s authenticity and God’s creation,” wrote one viewer.

Following Chuck’s passing many took to social media to share about his passion for God’s Word. Comments include:

Chuck has been called an ‘information scientist’ and his series Learn the Bible in 24 Hours has been described as ‘a masterpiece’. Read more about this extraordinary series in our post entitled Chuck Missler’s most popular series stands as a lasting legacy to the prolific Bible teacher.

In addition to his teaching on many different topics, Chuck is also regarded as “a colossus of an End Times Teacher’. Indeed he was not afraid to tackle the most controversial of topics, bringing Biblical answers to age-old questions. It was from Chuck that many of us first heard terms like ‘the Nephilim’. He taught on many End Time topics including Transhumanism: Recreating Humanity and The Magog Invasion. Comments on his End Time teaching include:

Prominent Christian leaders have been responding to Chuck’s passing. John Arnott of Catch the Fire Toronto referred to him as “A GREAT man, a brilliant and amazing Bible teacher.” Christians who have followed his ministry for years have also shared the impact he made on their lives.

Heaven rejoices today with the homecoming of Chuck Missler. “Precious in the sight of the Lord is the death of his faithful servants,” (Psalm 116:15).  For viewers like these, he will never be forgotten. We at GOD TV will continue to broadcast his programming to impact new generations.

For just $100 per month you can bring the gospel to 10,000 homes. Join us as media missionaries! GIVE NOW
VIEW COMMENTS
« Chuck Missler’s most popular series is a lasting legacy to the prolific Bible teacher. New Music from Hillsong: Time to Say “NOT TODAY, Satan” »