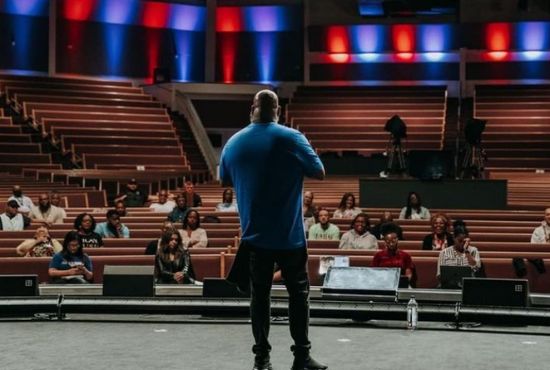 A megachurch pastor bids goodbye to his hospital bed, which almost became his death bed, with praise and thanksgiving.

On July 7, Relentless Church Pastor John Gray was admitted to Flowers Hospital in Dothan, Alabama due to a saddle pulmonary embolism. It is a rare type of acute pulmonary embolism that happens when a huge blood clot gets “lodged at the intersection where the main pulmonary artery divides and branches off into the left and right lungs,” according to Medical News Today.

Doctors discovered that the 46-year-old pastor’s pulmonary artery was “50% blocked” and told them that his condition could have taken his life. He was later transferred to Northside Hospital in Gwinnett, Georgia. Aventer, John’s wife, called for a prayer for healing and miracle during that time.

“The devil wanted me to die in this bed… THIS BED,” John wrote in a statement posted on his Instagram. “This bed was supposed to be my end. Pull the sheet over my head and wheel me to the morgue. This bed, where I entertained my deepest fears, regrets, and triumphs, was supposed to be the period-A life ended, but unfinished.” 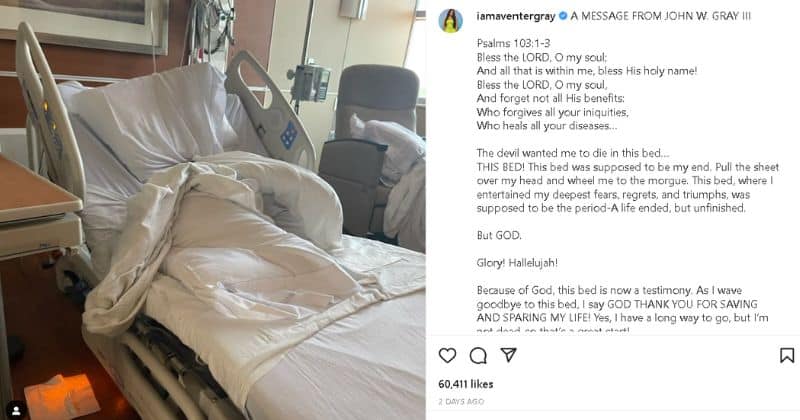 After almost two weeks in the hospital, all of the prayers for John’s recovery were heard! On July 20, he was released from the hospital and is recovering well. As he bid goodbye to his hospital bed, he was full of praises and thanksgiving to God who saved his life!

“Glory! Hallelujah! Because of God, this bed is now a testimony. As I wave goodbye to this bed, I say GOD THANK YOU FOR SAVING AND SPARING MY LIFE! Yes, I have a long way to go, but I’m not dead-so that’s a great start,” he continued.

In his post, he also gave thanks to the doctors and staff, to his churchmates and community, and to his loving wife and their children. His recovery was truly a work of God!