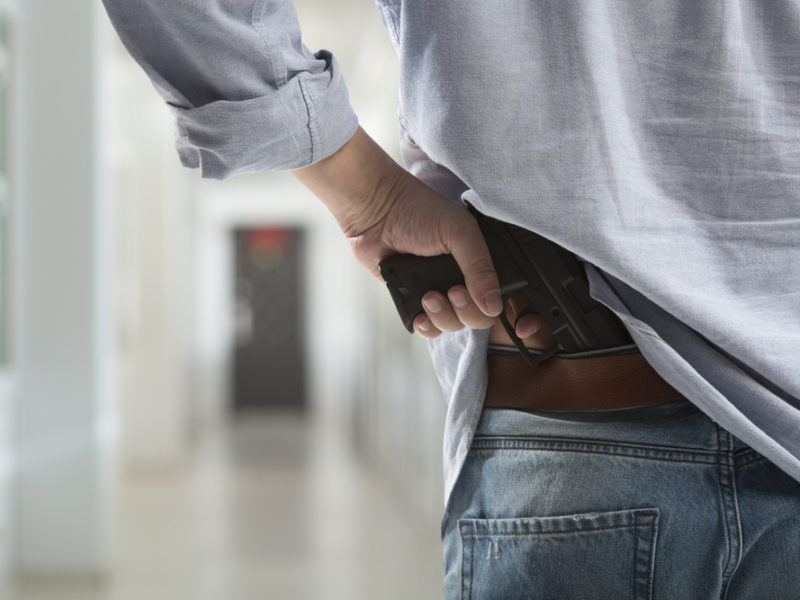 The Tennessee church shooting of September 24, 2017 shocked Christians around the world as they considered the prospect of somebody walking into a place of worship and opening fire at random. One person was killed and seven others were injured.

Thankfully, there was a 22-year-old named Robert Engle, who happened to have his gun in his car. Otherwise the casualties would have been far higher. Engle was serving as an usher when the gunman entered the church. He confronted the shooter, and was pistol whipped upon contact.

The gunman entered the church wearing a mask, carrying two pistols and began violently shooting at churchgoers. The woman killed was Melanie Smith of Smyra, who was just 39-years-old. Those who were injured ranged from ages 22 to 84.

While the gunman was on his rampage, Engle ran out of the church to retrieve his gun from his car. He then went back into the church, where he and the gunman engaged in a physical fight. Engle suffered an intense injury to the head after being pistol whipped, but still managed to shoot the gunman. He then proceeded to hold the man at gunpoint, until law enforcement arrived.

The shooter was identified as 25-year-old Emanuel Kidgea Samson, a legal US citizen, who immigrated from Sudan in 1996. Samson was a former member of the church, according to the churchgoers, but hadn’t been to services in “quite a while.”

Samson was also wounded, but was released from the hospital shortly after. The Metropolitan Nashville Police Department tweeted that, he would be charged with murder, along with attempted murder for the shooting. The police also addressed the fact that it was a predominately white church, and that a civil rights investigation would be launched.

Metropolitan Nashville Police said Engle was treated at Skyline Medical Center after the shooting. Fox News reported that he released a statement rejecting the “hero” label, adding: “The real heroes are the police, first responders and medical staff and doctors who have helped me and everyone affected.”

Engle’s grandmother, Rheta, told the Tennessean that she’s proud of her grandson Robert. “That’s like him. He’s just someone who cares about a lot of people. He has all their feelings at heart,” Rheta Engle said. “It would make any parent, grandparent very, very proud of him.”

A friend of Robert’s added that he is a “great guy. Just one of the kindest human beings you’ll ever meet.”

22-year-old Engel’s bravery is something to be admired. In life and death situations, we all hope that we would react the same way, but when it comes down to it, it’s impossible to be sure. We continue to pray for all affected by the church shooting and for the safety of our places of worship.

For just $100 per month you can bring the gospel to 10,000 homes. Join us as media missionaries! GIVE NOW
VIEW COMMENTS
« 8 Ways To Grow In Your Prayer Life 9 Things Every Christian Teenager Should Know »