Clashes Between Police And Ultra-Orthodox Over COVID-19 Lockdown; 18 Arrested

written by The Israel Insider October 6, 2020 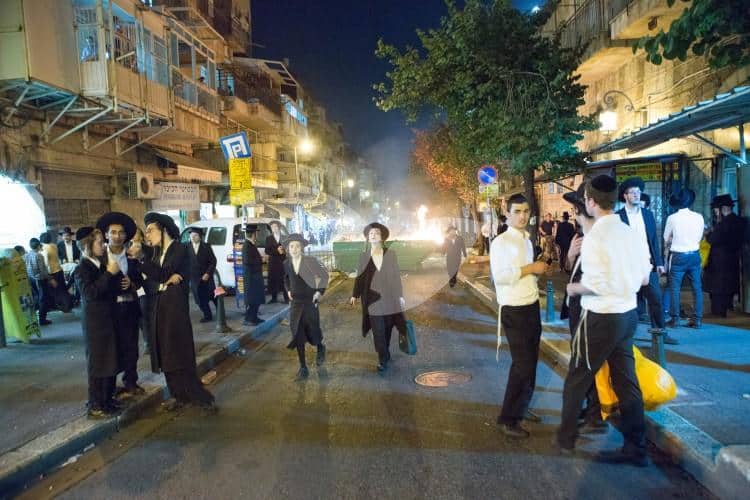 Jerusalem’s police arrested 18 Ultra-Orthodox protesters on Sunday night during clashes between extremist factions and police forces in the Kikar Hashabbat area, the heart of the Ultra-Orthodox neighborhood.

The police were operating to enforce the Coronavirus lockdown and the regulations and works to disperse gatherings.

Two policemen were injured and evacuated for medical treatment after being hit with rocks pelted at them.

“The police will continue to act resolutely in order to fulfill its responsibility in maintaining public health, and will not allow any extremist person or group to narrow its steps,” it stated.

Similar clashes occurred in the Ultra-Orthodox city of Bnei Brak as police shut down 11 synagogues that were open in violation of the lockdown orders.

Police dispersed crowds and gave 48 reports to individuals who were caught attending forbidden gatherings and for failure to wear masks and a report in the amount of NIS 5,000 was given to a synagogue Gabai.