CLIMATE CHANGE - Is It Real Or A Red Herring? | God TV
Articles 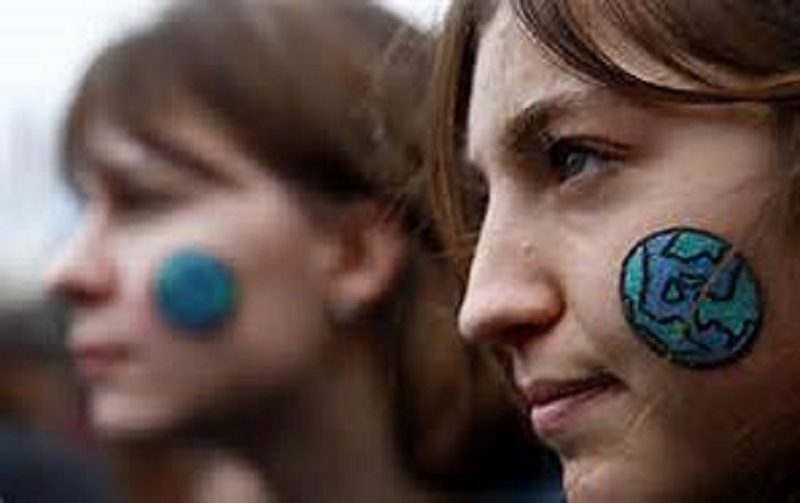 Scores of people around the world today are striking and demonstrating against climate change. As over 139 countries are participating what exactly is climate change?

The definition of ‘climate change’ is this,

“a change in global or regional climate patterns, in particular a change apparent from the mid to late 20th century onwards and attributed largely to the increased levels of atmospheric carbon dioxide produced by the use of fossil fuels.”

So are we absolutely sure that ‘climate change’ is real?

BUT climate change has always been around. Ice ages are part of climate change. Weather anomalies, abnormal variations or changes over time – a significant amount of time, is all climatic change. It is the earth regulating itself over time.

As discussed earlier, climatic change occurs in the earth – fact. How much man influences this is debatable.

What the demonstrators are trying to get across is that certain man-made things somehow influence climatic change. In particular fossil fuels. Here I have an issue. Fossil fuels are a naturally occurring entity formed from the geological past and from the remains of living organisms. This can be for example coal or natural gas. Perhaps what we should be paying attention to is that some of these fuels when burned can affect our health.

The Union of Concerned Scientists state:

These warnings cannot be ignored, it would be folly to do so. However, extreme viewpoints and bias are another matter.

“…Failure of past predictions is a good reason to view current ‘doomsday’ predictions with skepticism.”

Does the bible mention ‘climate change’. Not in those exact terms but there are scriptures that can guide us to make the right choices concerning our environment.

“A false balance is abomination to the LORD: but a just weight is His delight.”

“They have exchanged the truth of God for falsehood, by worshiping and serving created things, rather than the Creator …”

Knowing that climatic change has been going on for a very long time on the earth is essential.

Acknowledging that man-made products may or may not influence climate change is also important. Reading scientific papers by various scientists, doctors and people of influence in this realm AND with differing viewpoints on the subject, can help us make balanced decisions.

Whether you support the concept of climate change or not, I believe that man understands one thing – we are merely tenants of this world and we have a responsibility towards God in how we look after His creation.

I believe that looking after our fellow man, our animals we share the world with, and our environment are the basics of what God expects of us.

Determining how much of what man does and if it influences climate change is probably the key.

Ultimately, Climate change is something man has never had control over. #timetogetrightwithGod

For just $10 per month you can bring the gospel to 1,000 homes. Join us as media missionaries! GIVE NOW
VIEW COMMENTS
« Across The Nation And Around The World, We’re All Singing A New Song! Who Is Jesus? »