BREAKING
Israel-led Team Solves Mystery Why Lightning Strikes Fewer Times Over The Ocean...
Tourism In The Holy Land Is Soaring Back Up To Pre-Pandemic Highs
Lapid Speaks Directly To Palestinians—Offers Them “Another Way” Out Of The Ongoing...
Home Articles Colton Dixon Performs “O Come, All Ye Faithful” In 2019 National Christmas Tree Lighting 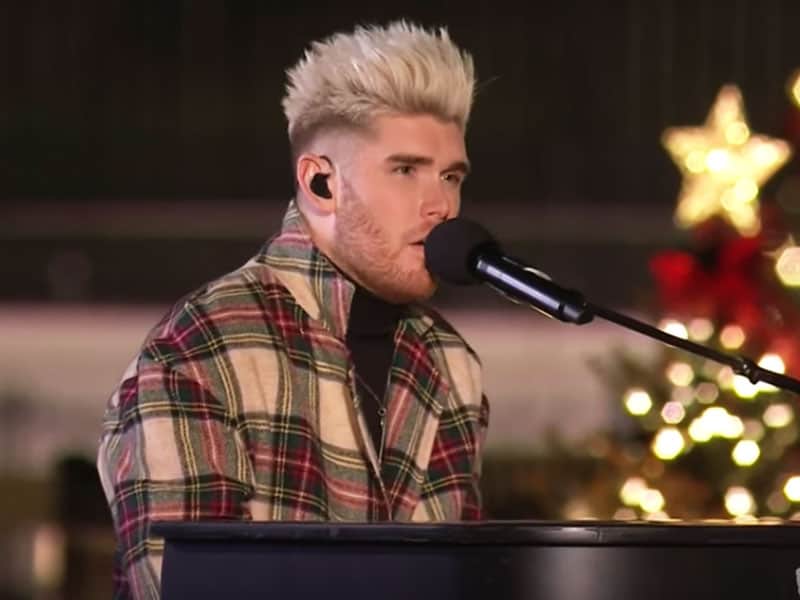 Colton was a finalist of the 11th Season of American Idol. He was a remarkable contender during that season because his elimination surprised everyone. Even American Idol judge Steven Tyler was beyond shocked of the results. Because he never had been in the bottom three. However, even if that was the case, it was Colton’s first big break in the entertainment industry.

Since then, he gained prominence and guested in different live shows in America. And he was also able to release his own studio album. He then became one of those celebrities who are bold in their faith to the public.

Despite the secular pressure, Colton vowed to create only faith-based music without compromising a wider audience. As a result, both of his two albums topped in the Christian music charts.

Today, Colton is happily married to his wife Annie Coggeshall. He is still as devoted as he is before, to the LORD. And now we see him on national television singing “O Come, All Ye Faithful” during the 97th National Christmas Tree Lighting Ceremony on December 5.

The momentous event was held at the Ellipse in President’s Park in front of the White House in Washington, D.C. According to CBS News, the Christmas tree that was built has 450 giant white star ornaments and 50,000 lights. President Trump gave his Christmas season speech before Colton Dixon was introduced to sing the worship song for the King “O Come, All Ye Faithful”.

As Colton enters the stage, people cheered him on. With the National Christmas Tree behind him, he then plays the piano and starts to sing the first lyrics, “O come, all ye faithful. Joyful and triumphant. O come ye, o come ye to Bethlehem. Come and behold Him. Born the King of Angels!”

Such a beautiful worship song to welcome the Christmas season.