Combat Veteran: Becoming a Spiritual Warrior in the Face of Physical Terror 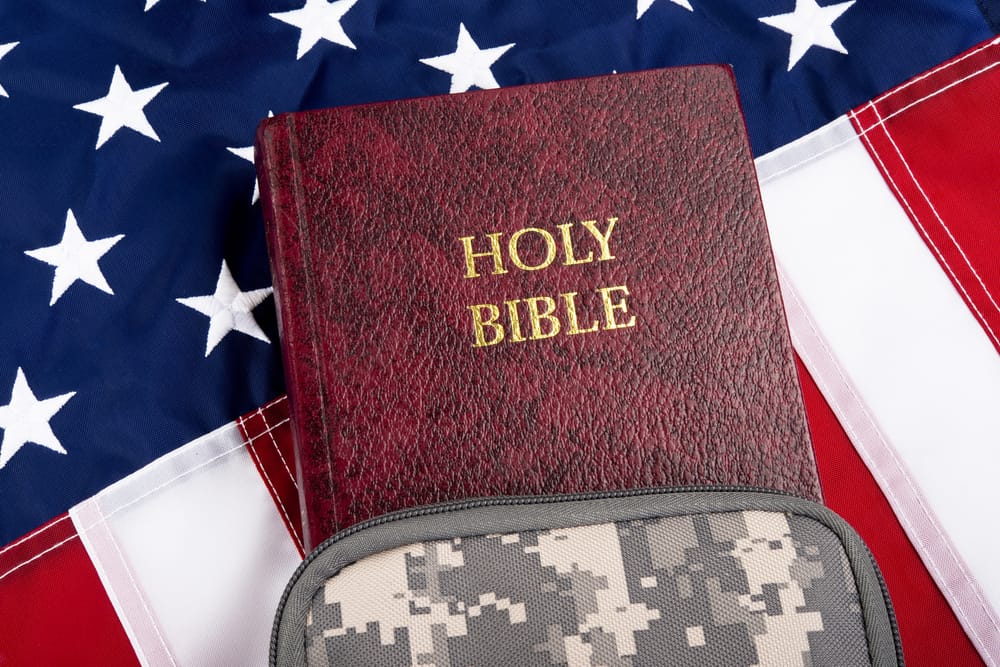 On July 6, 2009, my platoon was conducting mobile operations soon after Operation Khanjari began. We were escorting our combat battalion commander and other officers to Echo Company’s area of operations. We were in a highly volatile and violent environment.

Our battalion participated in the largest helicopter assault since Vietnam. NATO ISAF forces were inserting behind enemy lines in order to conduct operations, dismantling Taliban networks. We were also preparing the populace in Helmand Province for the upcoming elections. It was the “summer of decision.”

As we were driving south we passed the last Marine outpost and would be on our own for a while, crossing what was the patrol baseline. The PB Line was the imaginary boundary between NATO forces and the Taliban. Having been cleared days before of IEDs, we were driving the route South.

However, after passing the outpost, everything became too quiet for me. I looked at my platoon sergeant and said, “I don’t like this.” Looking at me, I remember him saying, “What?” Then we both looked forward. In a moment the lead vehicle exploded in front of us. The sound of the explosion forever etching itself into my memory.

In that moment we had to rely on our combat training with so many unanswered questions. The MRAP ahead of me was made for this terrain and for withstanding explosions, but my friends were in that truck. We called up to our higher command, securing the area in order to get answers about the unknown in the next five minutes. After calling the base on the radio with the Nine Line and situation report, I prayed in the Spirit. My machine gunner was encouraging me to do this, as he grew up in a Spirit-filled church.

I became numb as the days passed, doing my job to the best of my ability. Sometimes going for days without sleep or rest to make sure we had communications everywhere we went. My combat truck was a mobile command operation center being my responsibility. I was the driver and radio operator for our battalion commander, Lieutenant Colonel Cabaniss.

My platoon was made up of 24 Marines and one sailor, a medical corpsman. We escorted dignitaries such as Senator John Kerry, General Petraeus and other high-level personnel who came to our area of operation for a quick visit, and we did infantry patrols and raced through the desert dodging IEDs, completing over 100 missions.

At a certain point on deployment I no longer cared what happened to me. My job was for my friends, so I considered myself dead to ensure others survived. More than half of my platoon were hit by IEDs during our deployment. Each of us made it home, but were never the same.

The day before the Thanksgiving holiday we returned home. Embracing my wife, I saw my firstborn son  and meeting my twins was exciting. They were born 13 days into my deployment. I was loving every moment. I never felt better. But a few months later, I took a turn for the worse, entering a dark and despairing season. The combat thrill was gone and so were my friends as our platoon was dissolved, completing its purpose.

My emotions were like a roller coaster ride. I was on a self-destructive road. Feeling alone and abandoned, no longer part of a bigger cause. I tried pushing the war aside but it would come back in full force with a vengeance. Working through the scenarios, the things we saw and did while over there. We’d given our best, but were never recognized for it by our battalion commander. These were all things I was sorting through. Insomnia, depression and adrenal fatigue were all symptoms of deep issues from the war.

After multiple therapy sessions and a number of medications many of us referred to as the “combat cocktail,” I realized I had to go back to the basics of my faith. I knew that no matter what man had to offer, I needed God more. In order to not lose my mind and my family in the process, I decided to rely on the Spirit of God. And apply the basic spiritual habits in order to heal. I had to be proactive taking charge of my mind, will and emotions. Taking every thought captive and making them obedient to Christ (2 Cor. 10:5).

I applied a warrior discipline to the basic spiritual habits in order to heal, which were:

Memorizing: Taking Romans 12:2 to heart, “Don’t copy the behavior and customs of this world, but let God transform you into a new person by changing the way you think. Then you will learn to know God’s will for you, which is good and pleasing and perfect.” The best model of inner healing was applying Scripture.

Prayer: The secret place of prayer was where I was having to discipline my mind again. Focusing on Jesus and laying everything at His feet. Handing every scene, every memory, trauma and fracture of my being to Him. I sought His face, needing His presence. Returning to my first love, He taught me how to laugh again and love life and be positive, affirming and encouraging. I learned that in His presence comes transformation.

Many combat veterans are looking for a place to belong again. Many are alone waging battle in their minds against the war they were in. Now, more than ever before, the church should reach out to them with open arms. Embracing them with love and teaching them how to apply the basics of the faith. Teaching them spiritual habits in order to heal because only in Jesus is abundant life (John 10:10).

This article was written by Jared Laskey who served in combat in Iraq and Afghanistan with 2nd Battalion 8th Marines. Today he leads Fireborn Ministries and Destiny Church in Virginia Beach, Virginia. He is also the co-author of Veronica’s Hero.

This article was part 2 of the Combat Veteran series.