BREAKING
Israel-led Team Solves Mystery Why Lightning Strikes Fewer Times Over The Ocean...
Tourism In The Holy Land Is Soaring Back Up To Pre-Pandemic Highs
Lapid Speaks Directly To Palestinians—Offers Them “Another Way” Out Of The Ongoing...
Home Articles Comedian John Crist Encountered God After Facing Scandal 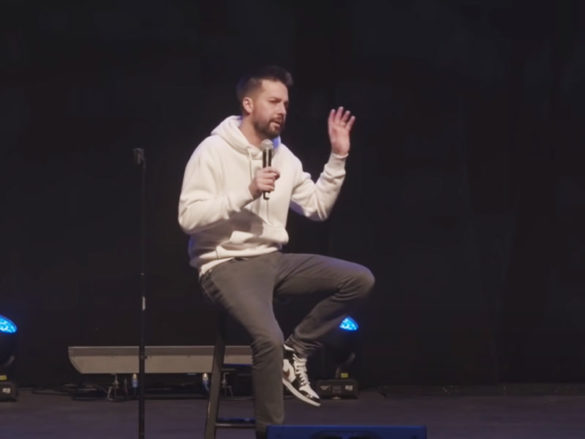 Christian comedian John Crist shares about how he overcame his struggle after facing scandal. He testifies how he encountered God’s love during that dark moment of his life.

Battle After Scandal Made Public

Over two years ago, John Crist made headlines with his sexual harassment scandal brought to the public. Soon after that, he went to rehab and battled one of the darkest moments of his life. Even to the point where the comedian wanted to commit suicide. But today, he testifies how God walked him out through that season. 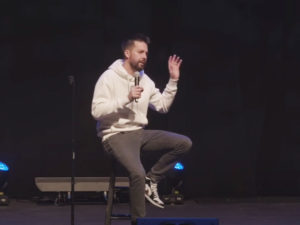 During John’s show, he opened up about the challenges he faced in the process of his healing for the past two years. He said, “I’ve been through a lot of embarrassing things.” And he also admitted that “there’s a lot of shame surrounding sex.”

After the scandal, the Christian comedian walked away from the limelight and comedy world. Then for four months, he spent his time recovering inside a rehab. And within those months, he encountered God and experienced God’s redemptive love.

“Every time I had like a sold-out show or anything I did on television … I thought that if everybody knew the truth about me that all of these people would hate me,” John said. “In that whole rehabilitation process, I found out there’s a God that loves you. And He cares about you, and He’s not mad at you.”

He also thanked his followers for their unending love and support.

“The people that are out here that bought tickets to my show saved my life in a lot of ways,” he said.

Further, John shared a moment when he met a family at Five Guys restaurant that made him feel loved and accepted despite his mistakes.

The comedian went out to eat wearing a hoodie and shades so no one would recognize him. However, a family did and called out to him for a chat.

They told him, “We just want to let you know that we love you and we care about you and we’ve been thinking about you.”

“It was the first time in my life that people knew everything about me, and they still chose to love me,” John recalled.

While it may be true that John did make a mistake in his life, that doesn’t make him unworthy of God’s love. The truth is, God continuously extends His mercy and grace so we could overcome our weaknesses. And that is what John Crist learned from what he did. He experienced God’s unconditional love and support from people that eventually changed his heart. No one is perfect. But God’s grace is sufficient to transform us, one step at a time, for His glory.

“The steadfast love of the Lord never ceases; His mercies never come to an end; they are new every morning; great is your faithfulness.” -Lamentations 3:22-23

John Crist on Rehab and Getting Cancelled