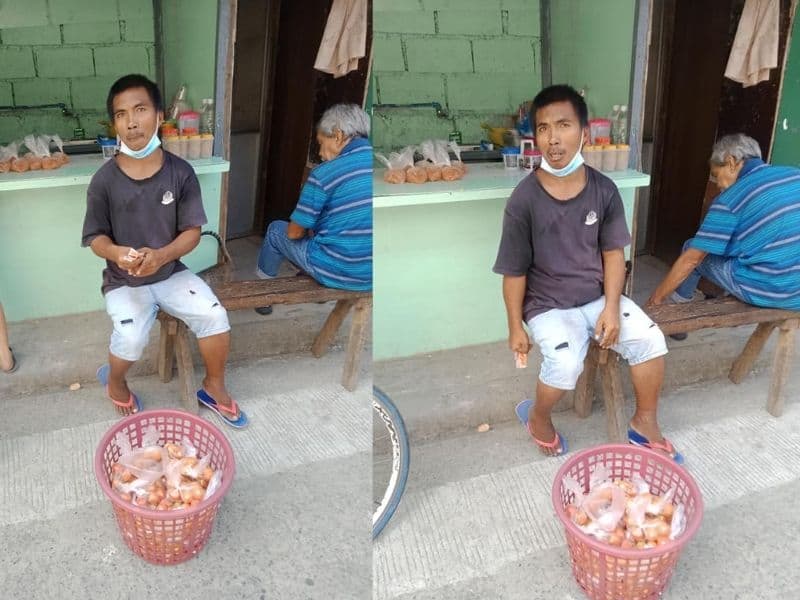 Citizens have been seeing the half-paralyzed vendor in the streets for 7 years. Despite his condition, he has spent the last several years trying to make an income for his family. When one concerned resident knew of his situation, he rallied his friends and community to help out the dedicated vendor.

A Facebook user, Melbert Carreon, shared the vendor’s story on the platform. According to Melbert, the vendor sells spices and condiments. Although he finds it hard to talk properly, the man answered Melbert with his questions.

“If I don’t sell, I won’t have anything to eat,” the man told Melbert. Apparently, half of his body is paralyzed.

Moreover, some would mock the vendor for the way he walks and even the way he appears. But his dedication pushed him to never miss a single day to go out and carry his large basket of goods to sell.

Until Melbert finally got the chance to ask the man. After knowing the vendor’s hard work and commitment, he went on to tell about the man on his social media account. He asked for prayers and financial aid for the man.

His inspiring post quickly went viral, and many responded to his request. Melbert would directly give all donations to the vendor.

Indeed, there are many amazing things a community can do when it is united.

A similar situation happened to a group of compassionate inmates. They gathered all of their income from their working jobs inside the prison and helped pay a struggling student’s tuition fee.

The freshman student’s father suffered a heart attack and was in need of surgery. At the same time, his mother lost half of her sight after being involved in an accident. They eventually lost their jobs, and they could no longer support their son in his studies.

But, thanks to the inmates’ collective effort, the student received his high school Diploma last year and is a step closer to his dreams.