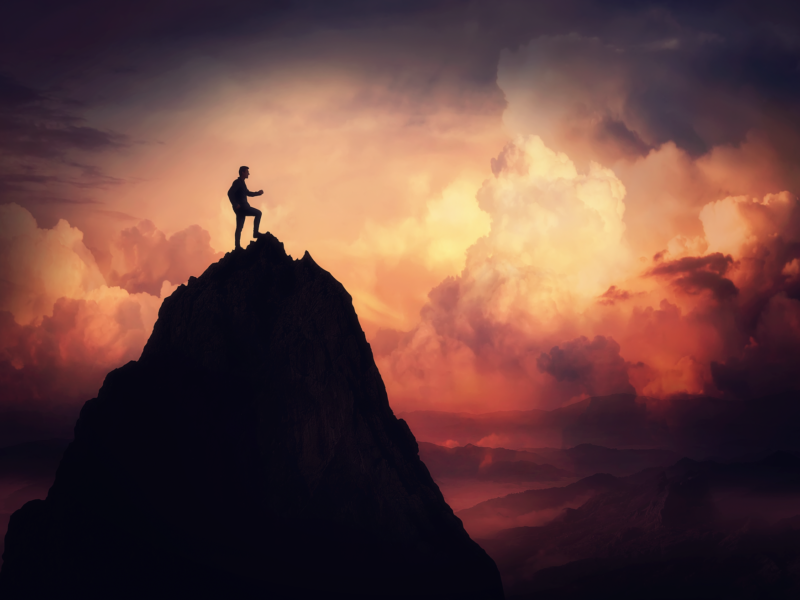 Past regrets, cruel words or present struggles all tend to make us feel not good enough, unlovable or unusable. We’ve all experienced these feelings a time or two. But given enough consistency, they become so ingrained in us that we take them on as an identity. Instead of only feeling bad, we believe the bad feeling is who we are. This is shame.

While shame seems to be at an all-time high, it’s nothing new. And neither are its effects. As it was in the beginning, unresolved shame is still one of the ultimate destroyers of destiny.

After the first couple succumbed to temptation, they were met with knowledge of evil. This was the original experience of guilt. This guilt, however, didn’t lead them to repentance. No, I imagine the enemy was there with his usual interpretation of what their failure meant: “God can’t love you!”

Regardless of how the devil did it, the Bible reveals, “At that moment, their eyes were opened, and they suddenly felt shame at their nakedness” (Gen. 3:7a, NLT). It then goes on to detail what they did that only made things worse—“defenses” that we continue today with the same consequences.

With the newfound awareness of their fallen condition, the first couple “sewed fig leaves together to cover themselves” (v. 7b). In other words, they constructed a means to mask what felt wrong about themselves.

Don’t we do the same? Sure, we no longer sew fig leaves together, but we do have our own means of concealing what we fear about ourselves. These often look like overachievement, over-working or the stuff of addictions. We turn to these modern fig leaves to forget our flaws or appear as if we don’t have any.

But there’s a danger in covering with fig leaves. That’s because fig leaves contain an enzyme that reacts against human skin, causing quite the rash. What Adam and Eve didn’t immediately realize is that they covered their pain with more pain. Our figurative fig leaves do the same. We put pain on top of pain, which creates a vicious cycle that just produces more shame.

The first couple became so afraid of what their failure meant about them that they couldn’t face their Creator. “So they hid from the Lord God among the trees” (v. 8).

Out of all the defenses, this one might be the most common. That’s because shame instills a fear that if people really know our failures or our weaknesses, they will reject us. So instead of facing the pain of rejection, in one way or another, we hide the source of our fears.

Sometimes our defense of hiding looks like social isolation. Rather than allow people to really get to know us, we retreat to places where no one can prod, perhaps inside books or behind screens. Other times we hide in plain sight. We’re happy to be social about our ideologies and professions, but we put up great walls to keep people (even loved ones) from getting too close to our souls.

For those in hiding, real intimacy and vulnerably—the bedrock of relationship—are never allowed. Consequently, we remain in isolation, which only adds to the shame.

Finally, when God asked Adam and Eve, “Have you eaten from the tree whose fruit I commanded you not to eat?” (v. 11), they both resorted to finger pointing. Adam blamed Eve: “It was the woman you gave me” (v. 12). Eve put it all on the devil: “The serpent deceived me” (v. 13).

This age-old blame game is yet another way many cope today. It’s believed that if we pass the buck of our pain onto society, politics, biology, or how we were raised or treated, then we’ll avoid responsibility and thus avoid the pain. But it doesn’t work that way.

While it might be true that what you face wasn’t the result of your own choosing, a victim mentality only enslaves you to shame. Lasting healing happens when you finally deal with a wound, regardless of how it got there.

The danger in these defenses is that, in their own ways, they each keep us bound to shame. But I know that’s not where you want to be. So, can you confess to using any of these defenses in your own life? If so, then be encouraged! Admitting reality is a significant first step toward victory.

Read also: How To Activate The Healing Power Of Jesus

For just $100 per month you can bring the gospel to 10,000 homes. Join us as media missionaries! GIVE NOW
VIEW COMMENTS
« Building For The New Year And Beyond The “God Gene” Makes You A New Creation In Christ Jesus »