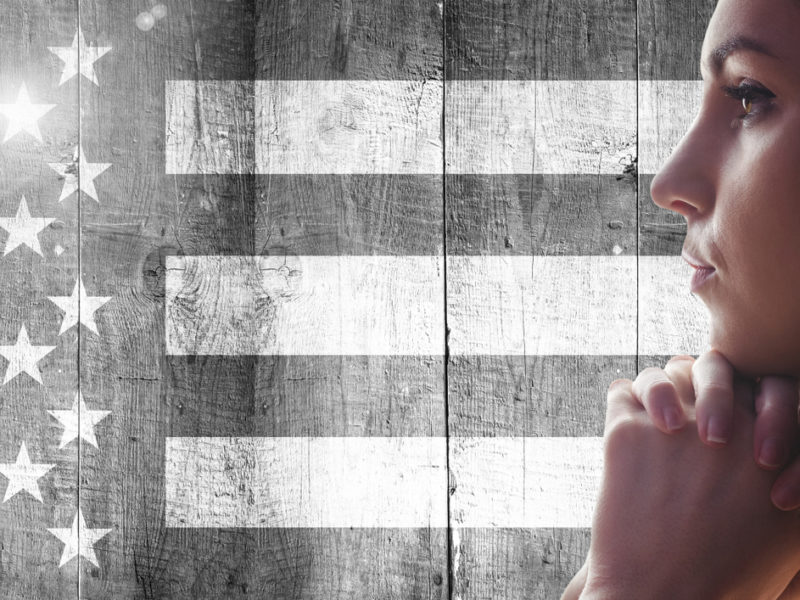 Concerning the coming US election season, I believe it’s time for American believers to fast and pray for revival like never before!  I learned early on in my ministry that the key to unlocking the supernatural power of God, and worldwide revival is found in the ancient key of prayer and fasting.

This key has the power to revive a nation.  The key to every miracle that Jesus ever performed was a result of the first thing He did after he was baptised by John in the Jordan river. He fasted for 40 days in the wilderness and defeated the enemy after a series of divine temptations that were meant to destroy His ministry and the plan of God.

Jesus’ life was one where the supernatural was an everyday occurrence. There was not a day after His public ministry began that the sick were not being healed, or demons were not being cast out of the oppressed. I believe the life of Jesus Christ to be an example of what every Christian should walk in. The time has come for us to contend with Heaven in this coming season.

{ If we are not functioning at the degree, that He established for the Church then we are not meeting the basic requirements of being called a believer (Mark 16:17,18). }

Why is all of this important for what God is about to release into the earth realm? The same key that has shifted nations like during the time of Esther; will again shift and bring revival again. Was it by divine chance that Azusa was birthed? Was it a random event when God’s healing virtue flooded the 40’s and 50’s? NO, it was prayer and fasting.

To see and sustain revival, there must be heavy intercession and a heightened level of fasting. One of the common denominators between Jesus Christ and the greatest miracle workers on Earth is their emphasis on prayer and fasting. A revelation on fasting and prayer is the missing key to God unleashing heaven on Earth in Your life. 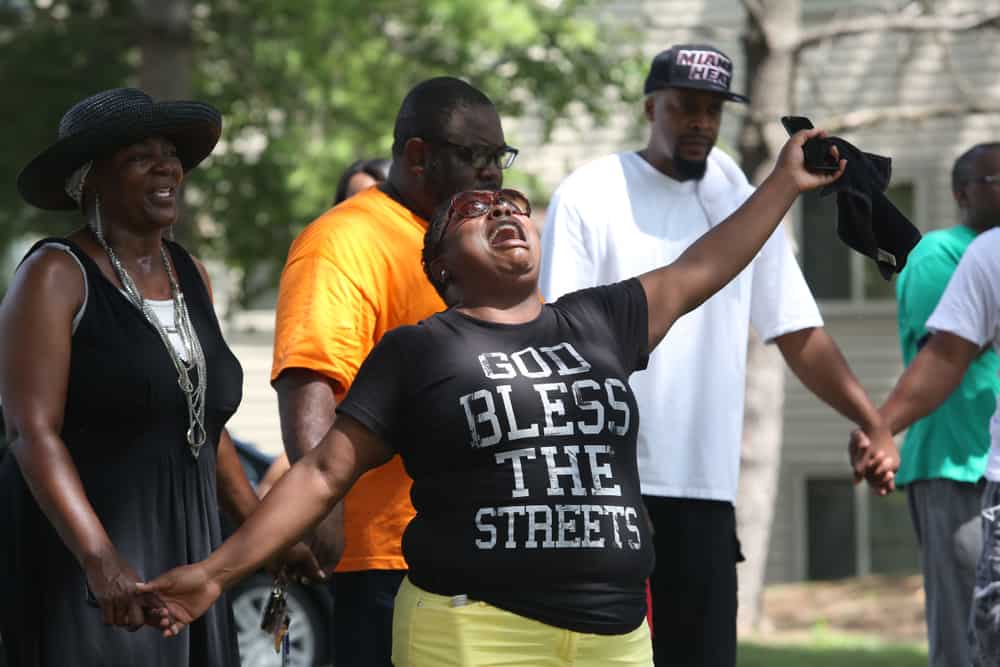 Fast and Pray for Awakening in America

I write this article to call the nation to pray and fast for the Church and this nation! I want to see nations set on fire by revivalists like you that will walk in the mantles of those that have gone before us. I want American believers to arise! This is accomplished through prayer and fasting.

I believe that there are mantles of men and women of God who walked in great power that are prophetically about to be released into this generation. But in order to handle and sustain these mantles, we must humble ourselves in both intentional, intimate time with God and crucifying the flesh in fasting.

Before revival came to Wales, history teaches us that Evan Roberts and his group of young people fasted and prayed for five years before God finally poured out His Spirit upon that nation. This means that for five years they fasted and travailed for the souls of the nation. Will you consistently and persistently cry out like never before for your city, and nation?

Before the Second Great Awakening, Charles Finney humbled himself in fasting and prayer with a group of Christians for over six years. Many people want revival but are not willing to invest the time for it. Revival will cost you your life. You must die to yourself. Fasting and prayer is the only way to destroy the fleshly nature, and unlock the glory.

I would love to tell you that the anointing and the release of the supernatural are free; But I would be deceiving you greatly. The men and women of God that shook nations by the power of God paid a heavy yet rewarding price. They understood by the Spirit of Revelation that they must fast and pray for Heaven’s harvest. One without the other will not work effectively, but together hell is destroyed.

Many Christians are not willing to make that sacrifice, which I believe is selfish. Billions of people are dying and going to hell; yet we can not sacrifice a meal to depopulate hell and populate Heaven.

God has given us the key, to unlocking the freedom of those that are bound. Too many of us Christians treat fasting like it’s only for a selected few or that it is optional. Jesus taught us that fasting was not conditional but that it was expected: “Moreover, WHEN you fast, do not be like the hypocrites…”(Matthew 6:16-18).

In 1946 and 1947 there was a  great movement of fasting and prayer that began to take place in America due to  Franklin Hall’s book ‘Atomic Power With God Through Fasting and Prayer’. This book impacted thousands of hearts and lives to go on extended fasts, to seek God’s face for the restoration of the gifts of the Spirit in the Church. 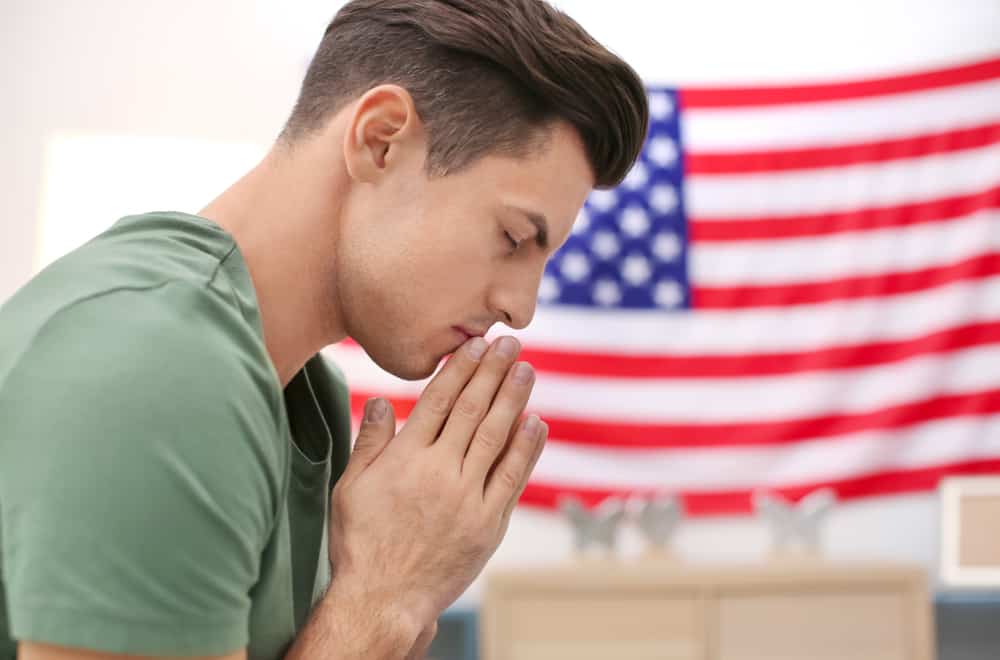 A revelation of fasting ignites a flame for revival

This is how revelation of fasting ignited a flame for revival. After reading Franklin Hall’s revelation, many leaders stated that they began to seek the Lord in fasting and prayer and the Lord moved mightily in great healing as a result. I believe that out of all of the fasts that I have been led of the Spirit to go on or to study in Scripture, the most effective way to receive powerful response in the realm of the Spirit is the 40 day fast of Jesus Christ (Matthew 4:2).

This revelation of scripture is also the theme of Lou Engle’s book The Jesus Fast. In this day and age, the call to prayer and fasting has again been made through authors like Lou and ministers such as Franklin Graham and Perry Stone.

We are seeing such a heightened level of prayer and urgency to pray than ever before. But I believe we need more, and that’s where you come in. Our prayers need to be more specific and more strategic. We need not just pray for revival in America but begin to intercede on behalf of those that God is raising up for it.

Then He said to his disciples, “The harvest is large, but the workers are few. So ask the Lord who gives this harvest to send workers to harvest his crops.” (Matthew 9:37)

We have been praying for the harvest for revival but the biggest revelation is found in this verse above, we need to pray this time for the workers. I believe we are preparing for the greatest harvest of souls in the history of the world, but for this harvest we need triple the amount of workers that we have on staff.  If we intercede for those that the Lord is raising up right now; then those people will reach and disciple other workers into the harvest.

Join the Jesus Fast that birthed the Jesus Movement

For just $100 per month you can bring the gospel to 10,000 homes. Join us as media missionaries! GIVE NOW
VIEW COMMENTS
« Be Sure To Fortify Your Home and Family An Amazing Revelation The Ocean Uncovered About God »